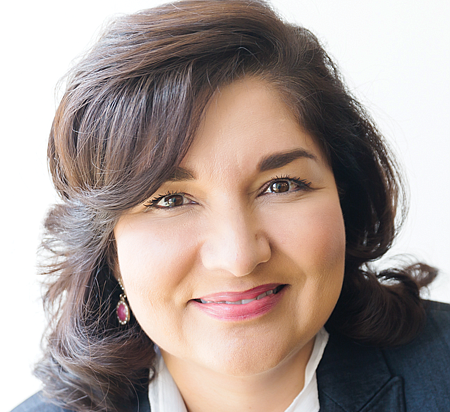 THE LATEST: When Salinas began her tenure as the chamber’s chief executive in August, she planned to reach out to businesses that don’t usually associate with the chamber. This included the Latino business community, young entrepreneurs and companies in newer industries. She also indicated she would focus on helping small businesses address Los Angeles’ high housing costs and inequality in the city.

BACKGROUND: Salinas spent nearly 11 years in leadership positions at Walt Disney Co. She left Disney in 2006 to found Salinas Consulting, a finance and accounting consultancy. Also in 2006, she became a founding member of ProAmerica Bank’s board, where she was named chairwoman in 2014. She led the team behind ProAmerica’s merger with Pacific Commerce Bancorp.

WORTH NOTING: Salinas is the first woman and first Latino to lead the Los Angeles Area Chamber of Commerce in its 131-year history.