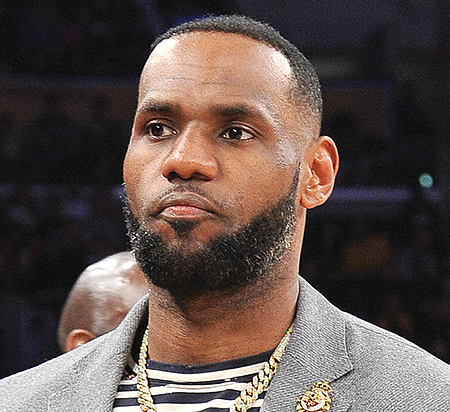 THE LATEST: James’ first season with the Los Angeles Lakers did not go as planned. He played a career low 55 games, missed the playoffs for the first time in 13 years and the NBA Finals for the first time in eight years. Off the court, however, James and his businesses have thrived since his move to Los Angeles. His media company, Uninterrupted, and his production company, Springhill Entertainment, have struck deals with companies ranging from HBO to DAZN.

BACKGROUND: James agreed to a $154 million, four-year contract with the Lakers last summer. He has been playing basketball professionally since he was 18 and has collected four Most Valuable Player awards, three NBA championships and two Olympic gold medals. He started his career in 2003 with the Cleveland Cavaliers.

WORTH NOTING: James contributes to a variety of causes, including the Boys and Girls Clubs of America, After-School All-Stars and the Children’s Defense Fund.