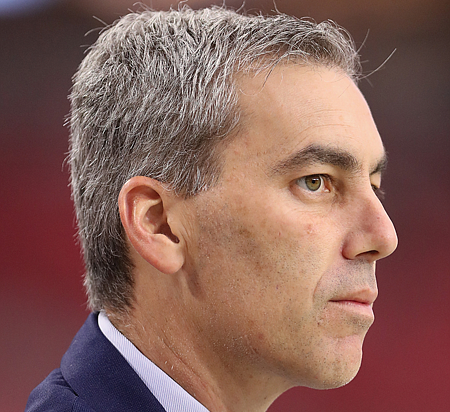 THE LATEST: Demoff had two reasons to celebrate this year. First, he reached his 10th anniversary as COO and executive vice president of the Rams. Then, his team reached the Super Bowl. Demoff is currently working to make the Rams’ future home — a nearly 300-acre sports and entertainment district in Inglewood — a reality.

BACKGROUND: A Los Angeles native, Demoff helped Rams owner and chairman Stan Kroenke move the team back to L.A. from St. Louis in 2016. He works closely with Rams General Manager Les Snead and head coach Sean McVay on player signings and acquisitions. Prior to joining the Rams, Demoff was an executive with the Tampa Bay Buccaneers and the Arena Football League’s Los Angeles Avengers. Demoff sits on the boards of the United Way of Greater Los Angeles, the Los Angeles Sports and Entertainment Commission and the Los Angeles Sports Council.

WORTH NOTING: Demoff played a key role in bringing Super Bowl LVI, which will be played in 2022, to L.A. He also worked with the LA24 Olympic Bid Committee to help bring the 2028 Olympic and Paralympic Games to Los Angeles.