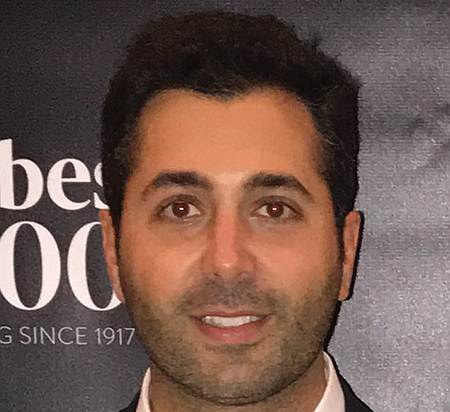 THE LATEST: After the meteoric rise by the dating app he co- founded, Mateen hasn’t let an ongoing legal dispute with current Tinder owner IAC slow him down. Instead, he’s active as an early stage tech investor in companies such as FabFitFun, Jobr and Home Chef. He’s also developing a real estate portfolio with investments in New York and L.A., including the new Palihotel in Westwood and the Triangle in Costa Mesa, which he purchased for $55 million.

BACKGROUND: Mateen helped launch Tinder, a global dating platform, in 2012 and served as chief marketing officer until 2014. The application has more than 2 billion daily views and matches more than 1 million dates every week across more than 190 countries. Mateen is a graduate of USC’s Marshall School of Business.

WORTH NOTING: Mateen reportedly purchased a Holmby Hills home for $14.8 million in 2017.