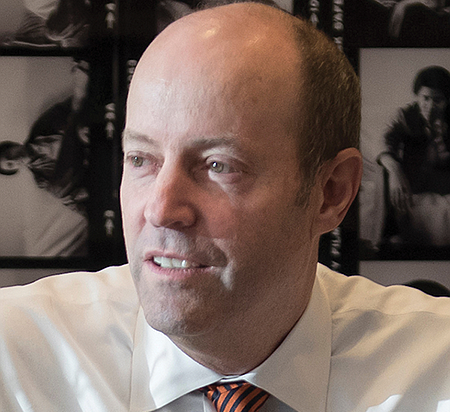 THE LATEST: In January, Veitch announced plans to step down as Occidental president in June 2020 after 11 years in the post. Veitch plans to teach at Occidental after his term as president.

BACKGROUND: Veitch became Occidental’s 15th president in 2009 after serving as dean of the New School’s Eugene Lang College in New York City. During Veitch’s tenure, Occidental secured a permanent endowment for the William and Elizabeth Kahane United Nations Program, and renovated and expanded many of its buildings, including the new Samuelson Alumni Center, the Rose Hills Student Activities Center and the Choi Auditorium. It added a 1 megawatt, ground-mounted solar array, which generates more than 11% of the college’s electrical usage annually. In 2015, students occupied an administrative building, calling for Veitch’s resignation over the university’s handling of diversity issues. In response, Occidental hired a vice president for diversity and inclusion and also created a black studies academic program. The college also expanded programs to boost diversity and added more women faculty members.