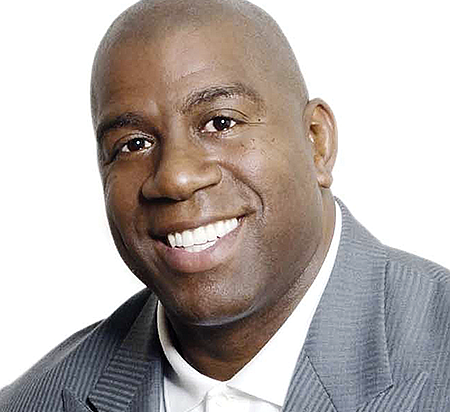 THE LATEST: It’s been a roller-coaster year for Johnson, who helped bring free agent LeBron James to the Los Angeles Lakers last summer, only to resign as president of basketball operations in April after the team failed to reach the playoffs. Of course, Johnson has plenty of other things to focus on as chairman and chief executive of Magic Johnson Enterprises and chairman of Magic Johnson Foundation. He’s also part owner of the Los Angeles Dodgers and the Los Angeles Football Club.

BACKGROUND: Johnson made his name as a Hall of Fame guard with the Lakers. After the NBA, he turned to entrepreneurship. He forged a partnership with Sony Pictures to develop Magic Johnson Theatres and, in 1998, entered a partnership with Starbucks Corp. enabling him to open more than 100 stores in underserved neighborhoods. He is also an AIDS activist.