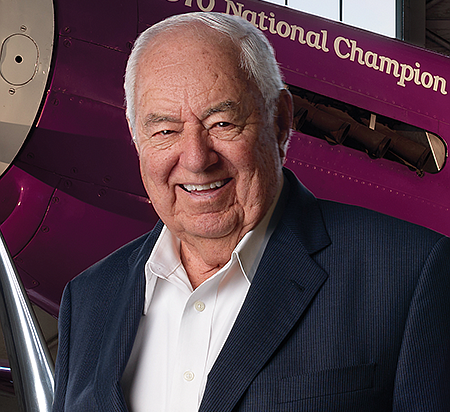 THE LATEST: Lacy was awarded the Hoover Trophy in March by the nonprofit Aircraft Owners and Pilots Association for his achievements in aviation, which include flying around the world in a Boeing 747 in 1988. Lacy set a record of 36 hours, 54 minutes and 15 seconds during that trip.

BACKGROUND: Lacy’s long career includes stints as an airline captain, test pilot, air race champion and aerial cinematographer. He founded Clay Lacy Aviation in 1968 as the first executive jet charter service in the western United States and has built it into one of the world’s most experienced private jet operators.

WORTH NOTING: Lacy helped develop the Astrovision camera system and has shot more than 2,000 aerial film projects for the entertainment industry, the military and commercial airlines. His work appears in movies including “Armageddon” and “Top Gun.”