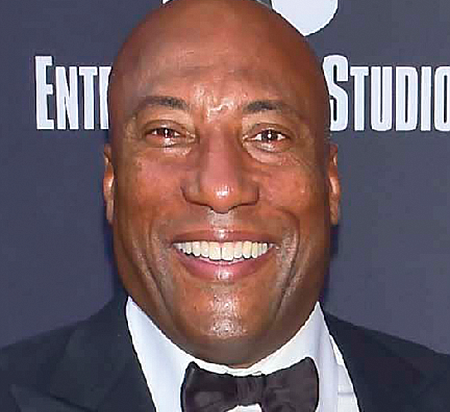 THE LATEST: In May, Allen was tapped as an equity and content partner for Diamond Sports Group, a new division created by Sinclair Broadcast Group Inc. to house the 21 regional sports networks it plans to acquire for $10 billion from Walt Disney Co. The deal includes rights to MLB, NBA and NHL games in local markets across the country. Also in May, Allen’s company acquired four small-market TV stations for $165 million.

BACKGROUND: Allen founded Culver City-based Entertainment Studios in 1993 and has built the company into a global media brand that owns TV stations and produces content for broadcast, cable and digital outlets. Allen’s mother worked as a publicist for NBC Studios, and he grew up in the entertainment industry. At 18, he made his television debut as a stand-up comic on “The Tonight Show Starring Johnny Carson.” In 1992, his show “Kickin’ it with Byron Allen,” began a 22-season run. In March 2018, Allen acquired The Weather Channel’s television assets for roughly $300 million and recently announced plans to launch “The Weather Channel Espanol” in 2020.