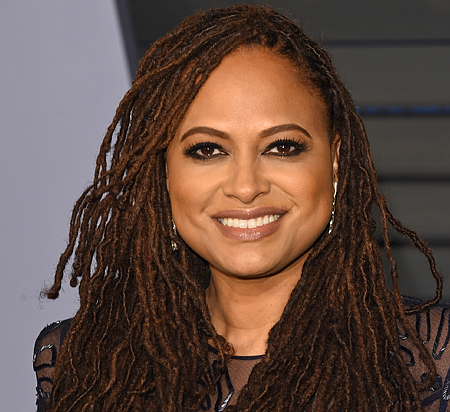 THE LATEST: In late 2018, DuVernay signed a $100 million deal with Warner Bros. Television Group to produce drama, comedy and documentary projects for broadcast, cable and streaming platforms. Also last year, she became the first African American woman to direct a film (“A Wrinkle in Time”) that earned $100 million at the domestic box office. DuVernay is currently in post-production on her Netflix miniseries “Central Park Five.”

BACKGROUND: DuVernay got her start in journalism and public relations, working as a publicist for film studios before launching her own firm, The DuVernay Agency, in 1999. She made the switch to filmmaking with the short film “Saturday Night Life,” which aired in 2007 on Showtime. Her 2014 film “Selma” earned an Academy Award nomination for best picture, and her 2016 documentary “The 13th” was nominated for an Oscar for best documentary. She is on the advisory board of the Academy of Television Arts and Sciences.

WORTH NOTING: Last year, DuVernay was part of the team that launched the Evolve Entertainment Fund with the likes of Los Angeles Mayor Eric Garcetti. The public-private partnership promotes diversity in the entertainment industry by providing career paths into the business.