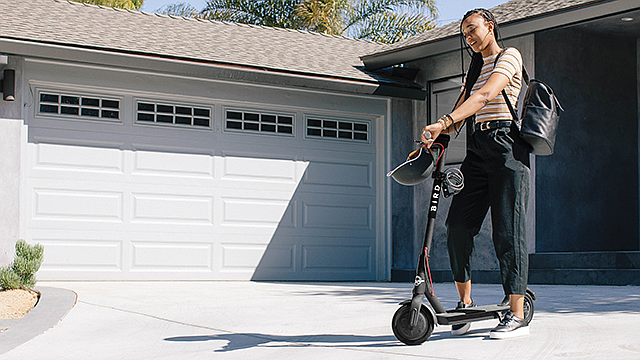 Santa Monica-based digital video advertising firm VideoAmp Inc. closed a $70 million funding round May 1, which the company said will go toward marketing and engineering efforts as well as potential acquisitions.

VideoAmp’s software platform is designed for cross-platform advertising, such as TV and mobile. The technology can show advertisers how their ads performed, then recommend and automate strategies to maximize return on marketing investment, a spokesman said.

VideoAmp Chief Strategy Officer Jay Prasad said the company wants to use the new funding to hire more data scientists, engineers and client service personnel. Prasad added that some of the funds will go toward “strategic deals including mergers and acquisitions” though he declined to disclose specifics.

As part of the funding round, former Tribune Media Co. Chief Executive Peter Liguori will join VideoAmp’s board of directors as senior adviser. Raine Group Managing Director Erik Hodge will also join the board.

“The current media environment has created an ever increasing appetite among marketers and media owners for innovative video data and measurement solutions,” Hodge said in a statement, adding that “of the emerging companies in the space, VideoAmp stands out for its product and technology team.”

Chicago-based boutique merchant bank Birch Lake Partners is investing up to $225 million in Gardena-based electric vehicle manufacturer Faraday & Future Inc., the company announced last week. The majority of the infusion, $150 million, will go toward paying off 60% of Faraday’s debt to suppliers and manufacturers.

Faraday was founded in 2014 and, including the Birch Lake deal, it has raised a total of $2.8 billion, according to PitchBook Data Inc. But the company has yet to drive a car to market.

Faraday Future has struggled with financial difficulties since October, when it hemorrhaged $800 million of a $2 billion investment from its first main investor, Chinese firm Evergrande Group. Faraday sold its Gardena headquarters in March for an estimated $10 million as part of a sale-leaseback agreement with New York-based Atlas Capital Group.

Stifel Nicolaus & Co. Inc. acted as a financial adviser to Faraday on the Birch Lake deal and has recently helped the electric vehicle manufacturer restructure its debt.

“Having worked closely with the Faraday team to accomplish a complex restructuring, we are more confident than ever that Faraday Future is well positioned to embark on the next stage of its success,” Stifel Managing Director Jim Nappo said in a statement.

The financing comes roughly a month after Faraday signed a joint venture with Chinese gaming firm The9 Ltd. to develop and market its cars in China. The9 has committed $600 million to Faraday.

Santa Monica-based electric scooter operator Bird Rides Inc. said April 30 that it is launching a subscription option for its fleet of scooters, allowing users to rent a scooter for a month at a time.

It appears to be the first such move by a dockless scooter company, and it could help Bird’s business by generating more consistent revenue.

“Monthly personal rentals helps meet the daily commuter transportation needs of everyone in the community,” a spokeswoman wrote in an emailed statement.

Most scooters strewn about Los Angeles’ streets are rented on an as-needed basis and left at the rider’s destination. Bird Chief Executive Travis VanderZanden said in a statement that he thinks giving riders their own scooters could save them money over time.

“Renting a Bird for an entire month of unlimited use will cost less than just a couple of ride hail trips or parking garage days in most cities,” VanderZanden said in a statement, adding that the monthly subscription fee would be roughly $25.

Subscribers will be given their own Bird scooter as well as locking and charging equipment. Bird will begin the program in San Francisco and Barcelona.

“With personal rentals, we are providing greater access to a sustainable form of transportation that people can depend upon for more affordable daily commuting,” VanderZanden said.