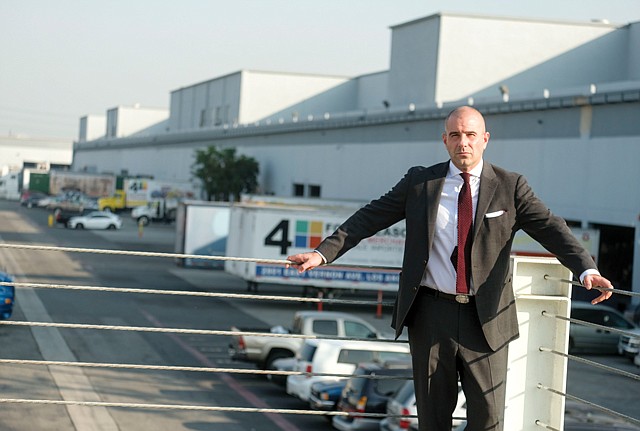 Schumacher said in a statement that the new firm, also based in Manhattan Beach, will focus on investing in “next generation internet” startups developing advanced technologies like blockchain and secure communications.

A spokesman with 55 Catalyst Capital declined to provide further details on Schumacher’s role since the firm is still in the midst of fundraising. A regulatory filing made earlier this month with the Securities and Exchange Commission didn’t indicate how much money 55 Catalyst Capital plans to raise but did say the minimum investment amount is $100,000.

Bank of America to hire 300 bankers

Bank of America Corp. plans to hire as many as 300 bankers in the Los Angeles area over the next three years, according to the bank’s top executive in the region.

The “client-facing” bankers will be hired across all lines of its business locally, including small business, mortgage lending, wealth management, private banking and commercial lending, said Raul Anaya, president of Bank of America for the greater Los Angeles region.

“We continue to be bullish in L.A.,” Anaya said, adding that the metro area is among Bank of America’s five top U.S. markets.

Last month, the Charlotte-based financial giant dropped off the names of U.S. Trust and Merrill Lynch from some of its businesses, including the investment bank and trading operations, global markets and capital markets group. Those units, together with the bank’s subsidiaries that serve corporate clients, were known as Bank of America Merrill Lynch. They will now be called BofA Securities, while the subsidiaries dealing with the corporate clients will be called Bank of America.

“This financing will significantly accelerate our growth strategy as we continue to build MJIC’s integrated distribution and retail platform across the entirety of the cannabis ecosystem,” said MJIC Chief Executive Sturges Karban, in a statement. The company declined to name the sources of the funding.

The $15 million in funding will be used to hire executives, expand MJIC’s licensed distribution infrastructure, enhance its manufacturing capabilities and increase the depth of its reach across multiple retail channels throughout California and parts of North America.

MJIC is anticipating a public listing on the Canadian Securities Exchange this year, having recently entered into a financial advisory agreement with Haywood Securities.

MJIC will follow a stampede of U.S.-based cannabis companies, including Culver City-based MedMen Enterprises Inc., that over the past year have rushed to the exchange in Toronto.