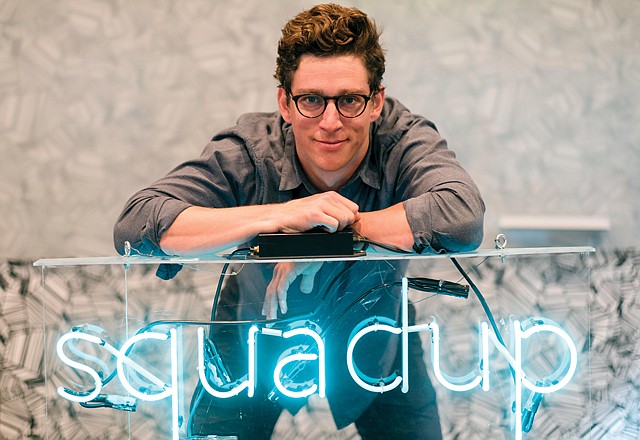 Glowing Up: Willie Litvack started SquadUp as a senior at Duke University. Photo by Ringo Chiu.

But the festival’s moviegoers probably didn’t notice. The Culver City outfit provides what it calls “white label” ticketing, which means it doesn’t stamp its brand name on the tickets or the event website.

What attendees might have noticed instead were the slimmer processing fees on all 140,000 tickets Tribeca sold last year — just $1.99 plus 3 percent of the base ticket price. That’s significantly lower than the average 27 percent fee added to most primary ticket sales, according to a report last year by the U.S. Government Accountability Office.

The lower surcharge is one of the prime attributes that, from a consumer perspective, distinguishes the ticketing startup from market leader Ticketmaster Entertainment. But SquadUp’s real value-add, according to its clients, is the company’s flexibility and ability to integrate ticketing services into existing websites with no indication it’s involved.

“SquadUp was pretty open to adjusting its ticketing system to our needs,” said Sean McCoy, manager of ticketing operations at Tribeca Enterprises.

In just a few years, SquadUp has become the platform of choice for high-end events put on by the Wall Street Journal Inc. and the James Beard Foundation, as well as the NYC Wine and Food Festival. The company has also done ticketing for e-sports including Riot Games Inc.’s League of Legends and others.

SquadUp launched as a prototype in 2012 when Chief Executive Willie Litvack, now 29, was a senior at Duke University.

Litvack says the company hit its stride last year, processing $35 million in ticket sales. He said the company is profitable though he declined to provide revenue figures or further financial detail.

SquadUp has raised about $2 million in venture capital financing from financiers including New York City-headquartered Portage Partners and WHE Investments.

The company has also started acquiring smaller ticketing platforms. This month, SquadUp announced the acquisition of Event Nation, a Washington D.C.-based ticketing service, which upped SquadUp’s head count to 19 from 17 and added a handful of new clients.

But it’s no secret: The small startup is taking on a giant. Ticketmaster, a subsidiary of Beverly Hills-based Live Nation Entertainment Inc., dominates primary ticket sales, controlling 80 percent of the U.S. market, according to trade publication Pollstar. Ticketmaster also holds an iron grip on major league sports and arena entertainment.