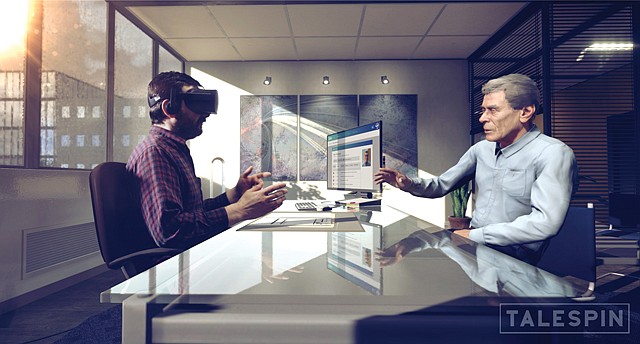 The company, Infinite Retina, said its expertise in spatial computing can help with everything from defining a client company’s vision and strategy to seeking funding for a new venture and finding the right engineers. The firm plans to develop a mobile application that will use artificial intelligence to match qualified mixed-reality experts with employers.

“The consumer business right now for spatial computing is at least two to three years in the making,” Cronin told the Business Journal. “Virtual reality has been around on the consumer side since about 2016, and there’s been a couple of issues with consumers picking it up” including expensive and clunky hardware, she said.

And a dearth of qualified A.I. programmers makes building the technology expensive. Cronin said Infinite Retina’s expertise can help companies make the right hires as costs of producing the content begin to come down. “Infinite Retina is ready to assist decision-makers and entrepreneurs interested in building companies, or projects, using spatial computing technologies,” she said.

Cronin, who has worked as a mixed-reality consultant for about four years, said some of her current clients will migrate over to Infinite Retina though she declined to disclose their names.

The company didn’t raise any venture capital ahead of the launch, but Cronin said it may seek funding for new projects as soon as next year.

In one virtual scenario, the user, acting as an HR manager, is tasked with terminating a virtual employee named Barry, who responds to the user’s commands with real-time feedback in the form of emotional and verbal responses.

“With this platform, we’re empowering people to become better managers, colleagues and communicators, and in turn, helping our customers unlock innovation and growth,” Jackson said.

TaleSpin has raised $5.7 million since its incorporation in 2016 and has roughly 60 employees.

Formerly the director of cloud products at San Francisco-based software developer Salesforce.com Inc., Golan was also an active member of Verb’s advisory board, a position he vacated after accepting the new role.

“The greatest plans for growth, innovation, and value creation are only as good as the team that executes them,” Verb Chief Executive Rory Cutaia said in a statement accompanying the company’s announcement.