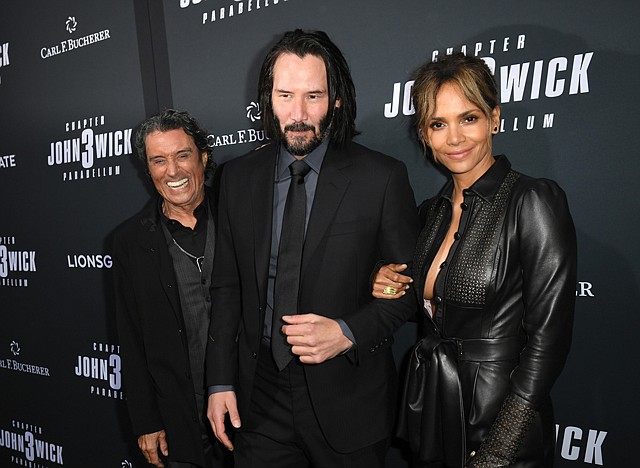 At the close of business June 24, Lions Gate shares were trading at $11.61, their lowest price since 2011. But the studio’s recent action movie release, the Keanu Reeves-led “John Wick: Chapter 3 – Parabellum” was a hit, leading the box office with $57 million in its opening weekend.

Hit movies are only one component of major studios’ success these days.

Increasingly, Hollywood’s top players are relying on other revenue segments with video-streaming platforms among the primary places executives are looking to for growth.

But Lions Gate argues it’s adapting to the new media landscape. “We have the benefit of agility, speed to market and freedom from legacy constraints,” a spokesman said, adding, “We like our strategy and position in the marketplace and believe that over time the value we’re creating will be recognized.”

The 22-year-old company, headed by Chief Executive Jon Feltheimer since 2000, has long occupied a middle ground between the goliaths of entertainment like Walt Disney Co. and smaller independent film studios.

But where Lions Gate fits today is muddied after consolidations including Disney’s purchase of 21st Century Fox Inc., AT&T Inc.’s procurement of WarnerMedia, and Comcast Corp.’s acquisition of NBCUniversal.

Lions Gate itself has entertained merger offers. Discussions with toy company Hasbro Inc., which was angling to buy the studio at $40 per share, unraveled in 2017. Lions Gate was trading at $31.49 when the Hasbro talks ceased in September of that year, which partly explains the stock drop, Del Vecchio said.

A weak few quarters culminated in a glum annual report for Lions Gate in the past fiscal year, which ended March 31. It posted a net loss of $300 million after eight years in the black, which the company largely attributed to a 19.6% drop in motion picture revenue.

Outside analysts also pointed to the failure of Lions Gate to take advantage of Starz, which has 25 million U.S. subscribers to its traditional pay-TV channel. Starz’s $9-per-month streaming platform grew to more than 3 million subscribers this year, according to the company’s latest earnings report, but the Starz platforms have not been a showcase for Lions Gate’s original content or film library.

Lions Gate acquired Starz in 2016 for $4.1 billion, saying it would use the network’s TV and digital platforms to distribute Lions Gate fare.

“Lions Gate does not have the capital required to make Starz their own distribution platform,” said Robert Steinberg, an entertainment attorney at Gipson Hoffman & Pancione. “Lions Gate may be better off selling Starz, and using the capital to create new content for others,” Steinberg said

Several observers have shared that opinion, which was buoyed by a report last month that CBS Corp. had expressed interest in acquiring Starz. Lions Gate declined to comment on any merger and acquisition activity.

The third John Wick film has made almost $300 million worldwide, catapulting Lions Gate to fourth among U.S. companies in global box office revenue in 2019, with a 7% market share.

Other mega-movie franchises, “The Hunger Games” and “Twilight,” and prestige television series such as “Mad Men” and “Orange is the New Black” produced by the studio proves Lions Gate can create hits, but thus far they haven’t been enough to give the studio a clear profitability model in an age of media consolidation.

And Lions Gate’s distribution plans for its content remain unclear.

“Success will require doubling down on being an ‘arms dealer’ in producing and generating film and television franchises,” said Mary Ann Halford, a media and entertainment market analyst at OC&C Strategy Consultants.

Lions Gate took a step toward working with its bigger competitors last month, reaching a deal for undisclosed terms with Disney-controlled Hulu and FX to air Lions Gate movies with planned release dates in 2020 and 2021.

The company has not commented further on the deal or announced any additional plans for its distribution pipeline.

Lions Gate has streamlined in other ways in 2019, laying off 75 employees over the last six months.

It could also potentially shed a 23,000-square-foot space in Santa Monica, where its lease is slated to expire next June. A studio spokesman declined to comment on the property lease.