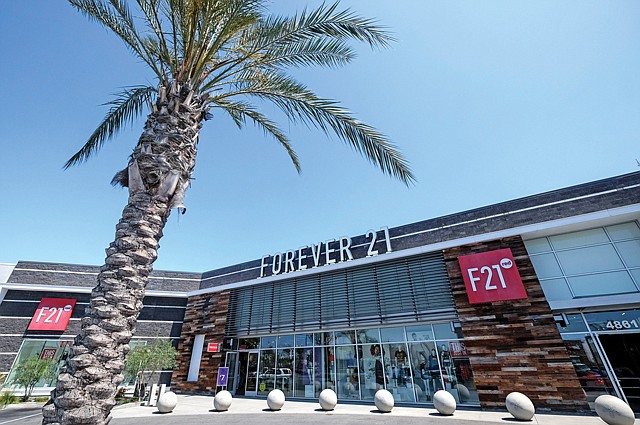 Apparel retailer Forever 21 Inc. started in the 1980s at a Highland Park storefront and grew into a fast-fashion powerhouse, in part by developing an overseas supply chain that rapidly pumps out clothes for its network of hundreds of stores.

But President Donald Trump’s latest tariff threat could trip up that well-oiled supply chain, slapping a 25% levy on $300 billion worth of Chinese goods — including the racks of jeans, high heels and accessories Forever 21 is known for.

Linda Chang, daughter of Forever 21 owners and South Korean immigrants Do Won Chang and Jin Sook Chang, is one of hundreds of business leaders now asking the Trump administration to roll back its tariff plans during seven days of hearings held by the Office of the United States Trade Representative. In proposed testimony filed with the office, she argued the company would suffer “deleterious” impacts and could lose “significant sales.”

Chang serves as a vice president at the Lincoln Heights-based retailer, which calls itself the fifth-largest specialty retailer in the United States and counts 546 storefronts.

The U.S. Trade Representative’s office has received thousands of comments on the latest tariff plan, many warning that the levies will hit American consumers’ pocketbooks, disrupt supply chains and cost jobs.

In a letter to the U.S. Trade Representative, Tanner wrote, “The detrimental impact of the proposed measures would undermine the significant efforts that Boardriders has put into cutting costs, enhancing growth, and bringing jobs into the United States.” He’s scheduled at the hearing on June 24.

Shoppers could see the impacts of the 25% tariff most directly on apparel and footwear prices because of the industry’s heavy reliance on China for production.

Of the clothes and shoes imported to the United States last year, about 42% of clothing and nearly 70% of shoes came from China, according to the American Apparel & Footwear Association.

“We know, and frankly the government knows, that this is going to be difficult for a lot of companies,” said Richard Wortman, an attorney that represents Forever 21 and other apparel importers.

Wortman said the timing of the latest tariff announcement isn’t ideal as many of his clients are currently ramping up for peak shipping season, which begins in June and July as U.S. companies work to stock up inventory ahead of the holiday season.

For apparel companies, it won’t be simple or quick to transition production away from China to new locations, business leaders said.

Ilse Metchek, president of the California Fashion Association, said many buyers are already looking outside of China and Asia, trying to find new production centers.

“Everyone is traveling now — they are going to South America, Colombia, Peru, the Dominican Republic and all over the world. They are also reexamining Mexico,” she said. “Whether there are tariffs or not, there will be a major shift and a major reintroduction of alternative sourcing.”

Among other local executives scheduled to testify before the U.S. Trade Representative are Jeffrey Klausner, chief financial officer at Brentwood-based Capital Brands, maker of the NutriBullet, and Robert Ranucci, general counsel for Christie Digital Systems USA Inc., a 90-year-old audio visual systems manufacturer based in Cypress.

Christie is one of four companies — and the only one in the United States — that makes projectors used in American theaters. A subsidiary factory that creates its cinematic line is in Shenzhen, China.

Ranucci pointed out that the tariffs come as the movie industry is already under financial pressure with declining theater attendance. The higher costs could lead to hundreds of layoffs, he said, calling it “devastating.”

Tariffs would have a “direct and undeniably ruinous impact,” Ranucci wrote in his testimony, “crippling our competitiveness in the market, eviscerating our short term and long term profitability and displacing a large portion of our U.S. workforce.”

Many of the companies potentially impacted by the new tariffs — as well as their investors — are eyeing the upcoming G-20 summit in Osaka, Japan, scheduled for June 28-29, in hopes of a thaw in the trade war. In a recent post on Twitter, Trump said he planned to meet Chinese leader Xi Jinping there.