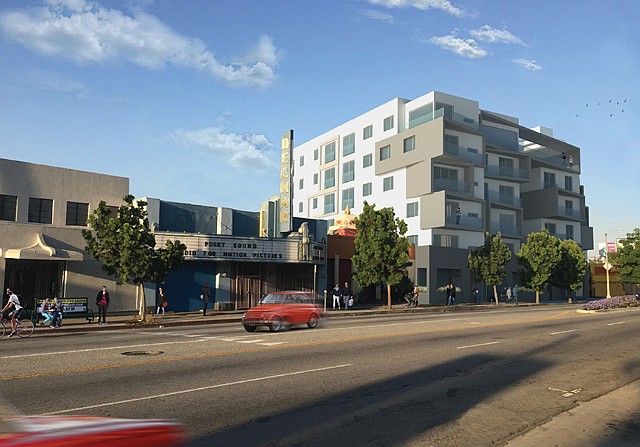 Brentwood-based construction lender Parkview Financial has provided a $16.5 million loan to 5050 Pico to develop a mixed-use project in Mid-City, the company announced June 17.

The project, dubbed Kentish Town, will have 79 residential units, rooftop decks and a lounge, as well as more than 2,000 square feet of ground floor retail. Located at 5050 W. Pico Blvd., the project is currently under construction and is expected to open in October 2020.

“This property will be one of only a few newly constructed apartment buildings in its submarket which has experienced eight years of consecutive rent growth and is currently seeing a low vacancy rate of just 2.4 percent,” Paul Rahimian, chief executive of Parkview Financial, said in a statement.

The nearby West Adams neighborhood has more than 1,000 units either under development or under construction. In the Miracle Mile area, a 285-unit project is underway from veteran developer Jerry Snyder. Developer Walter Marks recently announced plans to build a 371-unit luxury apartment tower. In Koreatown, Jamison is adding more than 1,000 units to the market.

Rahimian said Parkview Financial saw Kentish Tower as a “competitive alternative to comparatively more expensive apartments in the nearby neighborhoods of Miracle Mile, Mid-Wilshire and Koreatown.”

New York-based Acres Capital also announced June 17 that it’s providing a $43.5 million bridge loan for the Le Meridien by Marriott International Inc. in Arcadia. The loan is for the construction and stabilization of the hotel, located at 130 W. Huntington Drive. Once completed, it will have 233 rooms, a 5,000-square-foot ballroom and meeting spaces.

Acres Chief Executive and President Mark Fogel said the property was attractive because it combined a “national brand with a decidedly sought-after travel destination in one of America’s largest gateway cities.”

Le Meridien is just one of several hotels planned in the L.A. market. Last year, 11 hotels opened in L.A. County and 45 new hotels were under construction as of Dec. 31, according to Atlas Hospitality Group. This year, an additional 3,000 hotel rooms are expected to come online in L.A. County.