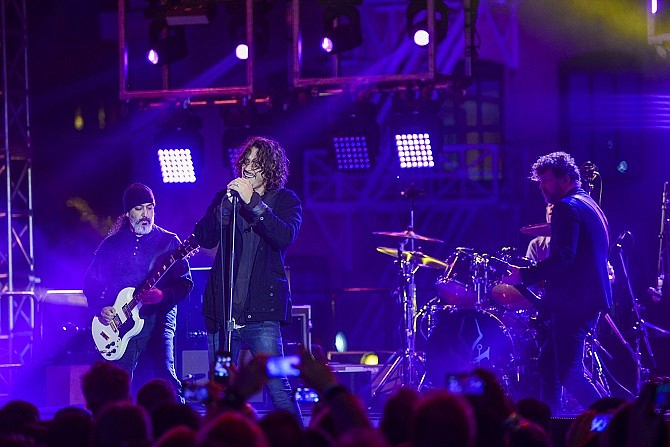 Soundgarden performs during South by Southwest in 2014. Photo by Merrick Ales/Getty Images

Steve Earle, the estates of Tupac Shakur and Tom Petty, and bands Soundgarden and Hole lent their names to a proposed class action lawsuit filed June 21 against Universal Music Group. The artists are seeking a portion of insurance payouts from a 2008 fire that set ablaze thousands of master recordings.

According to the complaint, filed in U.S. federal court in Los Angeles, UMG collected $150 million in litigation and insurance claims from the conflagration and allegedly broke contractual obligations to provide half the payout to the artists.

The lawsuit comes on the heels of a New York Times article this month chronicling the fire, which destroyed thousands of master recordings at UMG’s Santa Monica headquarters.

UMG declined comment on the lawsuit. The LA Times reported earlier this week that UMG Chief Executive Lucian Grange told employees in an internal memo that the company owes its artists transparency regarding the fire and what happened to both the master song recordings and the insurance money.

UMG, owned by Paris-based Vivendi, is the largest record label in the world by global revenue. Vivendi has reported publicly that it's in talks to sell half of its share of UMG.