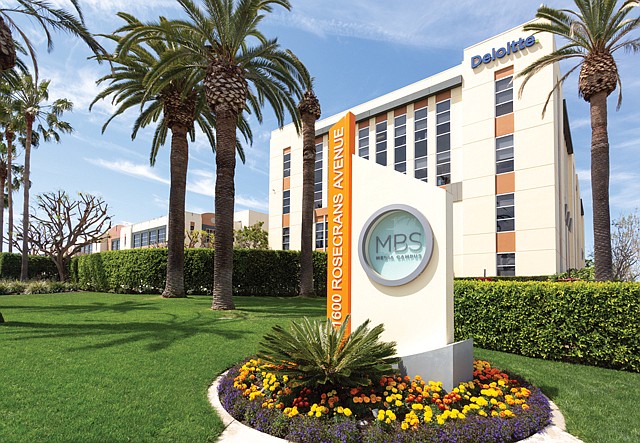 Sound Off: Sources said Hackman may purchase campus and a portion of MBS Group. Photo by CoStar Group Inc.

Hackman Capital Partners is in talks to buy MBS Media Campus in Manhattan Beach for roughly $700 million, according to industry sources.

Hackman is one of a handful of local

Sources said Hackman was in talks to

buy the campus for $400 million as well as a possible portion of the company on the property, MBS Group, from Carlyle Group for $300 million.

Hackman and Carlyle Group did not

Hackman has acquired other studio space around town recently. In December, the group broke ground on a project at Culver Studios to modernize and double the size of the space. The facilities will have 720,850 square feet, including 96,263 square feet of stages. Amazon Studios has signed leases for 530,000 square feet at the complex.

The group also recently finalized its

purchase of the CBS Television City lot at Fairfax Avenue and Beverly Boulevard for $750 million.