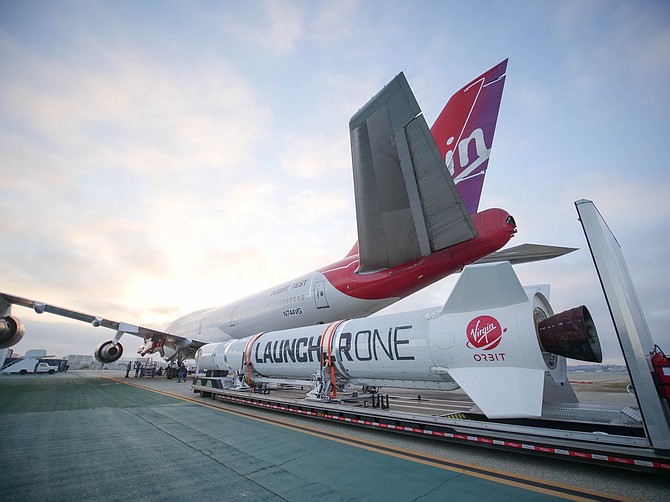 The companies described the partnership as long-term, but financial details of the agreement were not disclosed.

ANA Holdings is the parent company of Japan’s largest airline, All Nippon Airways.

Virgin's LauncherOne system sends rockets into orbit on a 747 wide-body jet. The mechanism has been in demand by companies looking to launch small satellites because of its flexibility — the launch setup can be moved to many places in the world, which allows for optimal satellite launch points.

“Japan has long been a global source of innovation and a leader in space, and with the small satellite market growing so impressively, we are seeing countless new satellite applications and businesses emerge in the region,” Virgin Orbit Chief Executive Dan Hart said in a statement. “With this new partnership, we’re excited to bring LauncherOne to Asia for the first time."

Virgin Orbit is a subsidiary of U.K.-based telecommunications and travel company Virgin.com Ltd. LauncherOne has made several local test flights but hasn’t yet sent a satellite into orbit, and is in the final phases of testing, according to the company.

Virgin Orbit’s first orbital launch is scheduled to take place at the Mojave Air and Space Port later this year. Launch sites including Spaceport Cornwall in the U.K., Italy’s Taranto-Grottaglie Airport, Florida's Kennedy Space Center and Guam’s Andersen Air Force Base all expect to host Virgin Orbit launches in the near future.

“Space is open for everyone going forward, and Virgin Orbit represents a new era of space capabilities,” ANA Holdings Executive Vice President Toyoyuki Nagamine said in a statement. “This collaboration plays to the strengths of each of our companies and will allow both (ANA Holdings) and Virgin Orbit to strengthen international ties for space activities while working towards important goals that will have a real impact on the world we share.”