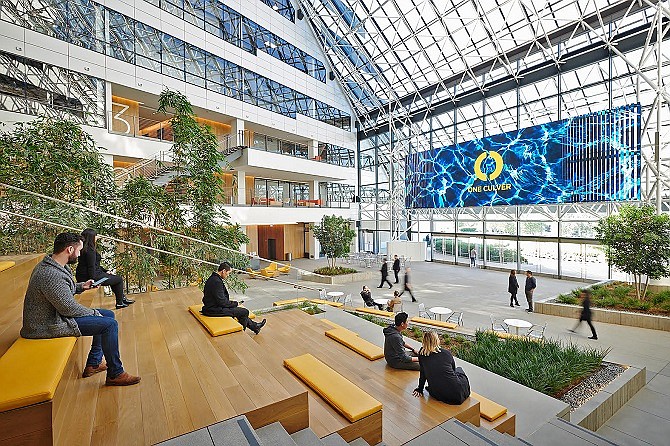 The firm's new 18,500-square-foot office, located at 1000 Washington Blvd. in a building dubbed One Culver, is slated to open July 29. Credit Karma is currently working out of an office in Venice as well as nearby WeWork Cos. Inc. locations.

“We’ve been bursting at the seams,” said Colleen McCreary of Credit Karma. “This is a great opportunity for us to bring a number of employees together in one spot and ideally add a bunch more.”

Credit Karma plans to triple the number of employees in the new space, which can hold up to 115 people.

McCreary said Credit Karma leased the space for seven years but declined to specify how much money was spent on renovating the space or on rent.

The San Francisco-based company made its first foray into Los Angeles in 2016. The company already had some software engineers based in the area but announced plans that year to further expand into the market and hire additional staff. The L.A. team has since grown to more than 50 people, some based in the coworking locations.

The company’s L.A. offices host the auto and insurance teams, and part of the product management, marketing, analytics, finance and facilities, security, and talent acquisition staff.

Credit Karma’s new space will have an open floor plan, multiple conference rooms, and perks like a massage room, library and games area. The company worked with ASD | SKY and Howard Construction on the project.

Credit Karma is the latest tech and media company to move into Culver City.

“Culver City is really becoming a hotbed for technology. Apple and Amazon are both there and we’ve found that it’s super convenient for employees who live in a variety of areas around L.A.,” McCreary said.