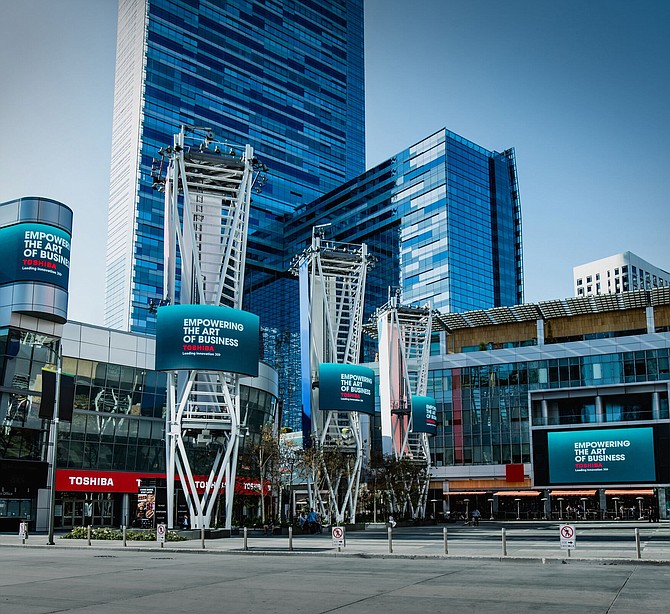 The deal expands AEG’s existing relationship with Toshiba, making the company the “official copier and multifunction printer provider of AEG, Staples Center, L.A. Live, the L.A. Kings, and select AEG presents festivals,” according to the announcement.

Toshiba will also provide the digital signage and displays of L.A. Live and the Staples Center. The signage will display Toshiba's name, along with the names of other sponsors.

AEG and Toshiba declined to provide financials of their partnership. AEG is paying Toshiba for services, but Toshiba's brand name is also adorning multiple AEG-owned venues.

The pact highlights the multiple corporate affiliations of AEG, which is a global venue owner, talent promoter and ticket servicer – and is by most revenue measurements the entertainment industry’s No. 2 company behind Beverly Hills-headquartered Live Nation Entertainment Inc.

Framingham, Mass.-headquartered Staples Inc. has lifetime naming rights to the Staples Center, home of the Kings, L.A. Lakers, and L.A. Clippers. The company originally signed a 20-year, $116 million pact with Staples in 1999 before extending the deal for undisclosed terms in 2009.

Toshiba, meanwhile, has worked with AEG for more than five years, according to a representative for AEG.

Media and entertainment reporter Matthew Blake can be reached at mblake@labusinessjournal.com or 323-556-8332. Follow him on Twitter @mattpennyblake.