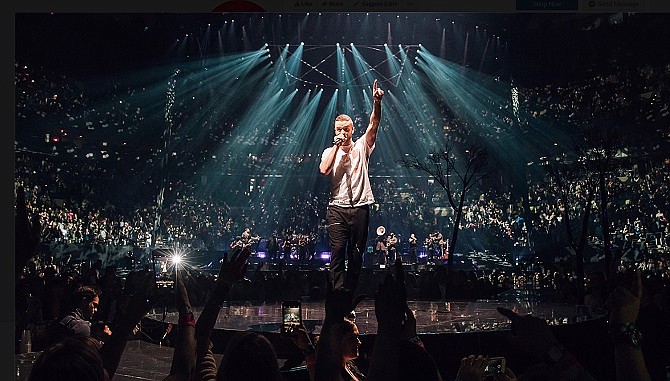 Live Nation Entertainment Inc. makes more money in ticket sales to its artists' shows than the company’s top 15 global competitors combined, according to a report this month from trade publication Pollstar.

Beverly Hills-headquartered Live Nation generated $1.1 billion in tickets sold for shows featuring the company’s talent that played between November 2018 and May, according to data Live Nation and other promoters provided to Pollstar.

The figure does not include money generated from Live Nation subsidiaries C3 Presents, Crossroads Presents and AC Entertainment Inc. It also does not include Live Nation’s acquisition of Ireland company MCD Productions, which is pending approval by U.K. antitrust regulators.

Adding ticket sales from those competitors gives Live Nation $1.2 billion in sales during the period for which companies reported.

If Live Nation has a stranglehold on first place, AEG Presents, a subsidiary of downtown-headquartered Anschutz Entertainment Group Inc. is as firmly ensconced in second.

AEG reported $343 million in ticket sales during the reviewed time period, a figure that does not include the $144 million generated from AEG’s corporate partner, Messina Touring Group.

The next closest competitor is Mexico City-headquartered Group CIE, which sold $133 million tickets in the same time period.

Consolidation in the live events industry has been a periodic topic reviewed by the Federal Trade Commission and U.S. Justice Department antitrust lawyers. The subject, though, mostly concerns Live Nation’s even greater share of the primary ticketing market.

The company owns Ticketmaster, which has about 80% of the U.S. primary ticketing market, according to Pollstar. Live Nation competitors including AEG often use Ticketmaster as the ticketing service company for shows they promote.

The Pollstar report does not specify the ticketing company that worked with each of the promoters.