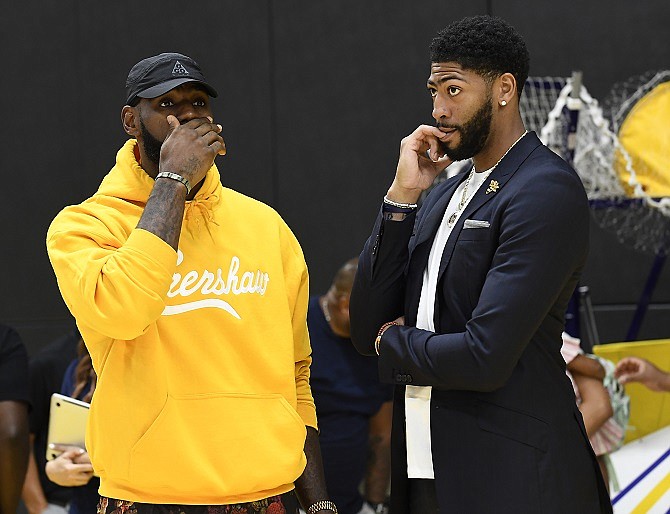 UTA’s pursuit of sports talent comes as the agency is mired in a dispute with screenwriters, all of whom fired their agents in April under the direction of the Writers Guild of America union.

By entering sports representation, UTA will be competing directly with Creative Artists Agency whose 13-year-old sports division has grown to become the country’s biggest sports agency.

UTA Chief Executive Jeremy Zimmer said his agency is tapping into sports stars entering other high-profile fields. “Klutch is built for the modern athlete who wants to thrive at the intersection of sports, media, music, art and culture,” Zimmer said.

UTA will be taking a stake in Klutch Sports Group, a Cleveland-based agency Paul founded in 2012. The agency declined to say how much the stake is worth but called it “significant.”

Paul has been put in charge of UTA’s new sports division after growing Klutch from an agency mostly known for handling superstar client James to representing other basketball stars, including recently acquired Laker Anthony Davis.

Klutch will continue to operate independently from UTA but will be looking to expand the breadth of its clients’ deals beyond just sports. Analysts say that’s good news for Hollywood agents.

“There is clearly some value in having an agency that represents both entertainment and sports figures as certainly quite a few athletes aspire to be the star of the next ‘Space Jam,’” said Victor Matheson, a sports economist at College of the Holy Cross.

CAA has promoted itself as providing industry connections for athletes.

Klutch Sports had $625 million worth in salaries under contract last year, according to Forbes.