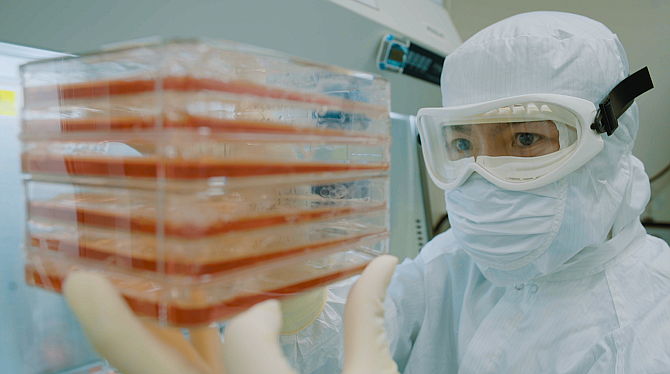 The clinical trial, which began over 18 months ago, is halfway done. The trial therapy is used to strengthen skeletal muscles and pulmonary and cardiac functions for patients suffering from Duchenne muscular dystrophy, a deadly genetic disease with few treatments.

“These kids are far along in the disease process,” said Marban of the clinical trial. “There is nothing medically being done for them other than what we are potentially trying to do.”

Joseph Pantginis, managing director of New York City-based H.C. Wainwright & Co., raised his price target for the stock to $12.40 a share from $3.50 a share.

The trial resulted in “statistically significant changes across several independent clinical measures, including skeletal, and respiratory muscle functions,” Pantginis wrote in a note to investors.

Marban told the Business Journal that her company plans to meet with U.S. Food and Drug Administration officials by September to discuss a possible “phase 3” clinical trial — the next step in development of a potential “blockbuster” drug.

Marban also said that her company wants to ensure that it has the financial strength to move forward. Capricor would consider a range of options to boost its ailing balance sheet, she said, including equity financing, seeking a private placement or grants from the Bethesda-based National Institutes of Health and other federal agencies.

Late Wednesday, Capricor disclosed in a filing with the U.S. Securities and Exchange Commission that it plans to raise $75 million to help the company complete the development of its biotechnology products.

“We expect to fill our coffers and continue our good work,” Marban said. “We are willing to explore strategic options,” she added, including potentially selling the company.