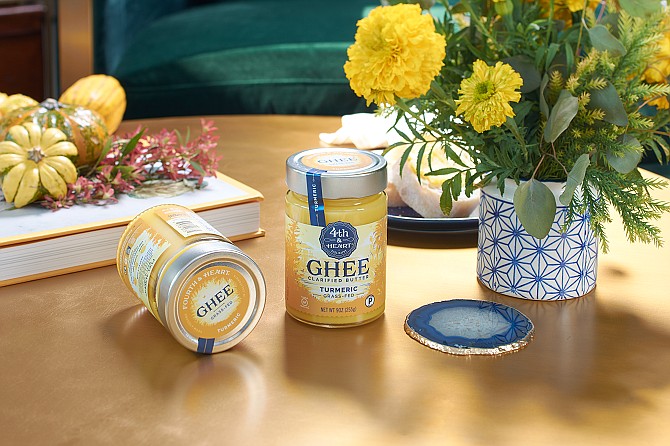 A Venice-based maker of the butter-alternative ghee, 4th & Heart, announced it secured $7.6 million in a new funding round as it pushes to make its “ancient food” brand a household name.

The infusion comes as the 4-year-old company -- which produces sprays, spreads and other forms of the clarified butter -- readies to roll out a new line of energy bars under the brand “Woke” and begin distribution of its products at Target Corp. stores in September.

“We want to be doing what Kombucha was able to do,” said founder and Chief Executive Raquel Tavares, who pointed out that many thought the idea of taking fermented tea to market was unheard of. “Now, it’s everywhere.”

The funds will go in part to improve operations at the company’s two Northern California facilities and another in Connecticut.

The series C round was led by Colorado-based Harbinger Ventures, an equity investment firm focused on scaling early-stage, women-led companies and includes Cambridge Companies SPG and Blueberry Ventures. To date, the company has raised $16 million. Tavares said sales have doubled over the last year.

Billed as a healthier alternative to butter, the clarified butter traces its roots back thousands of years to India and is part of a new wave of so-called ancient foods that have recently become popular. The company’s products are sold in more than 10,000 grocery store chains, including Whole Foods Market Inc., Sprouts Farmers Market Inc. and Ralphs Grocery Co. Inc.

The clarified butter had long been a part of the Tavares family’s life. Her mother regularly used it in the kitchen, and she began developing the product in her own Marina del Rey kitchen back in 2012. She eventually launched the product with $100,000 of her own funds.