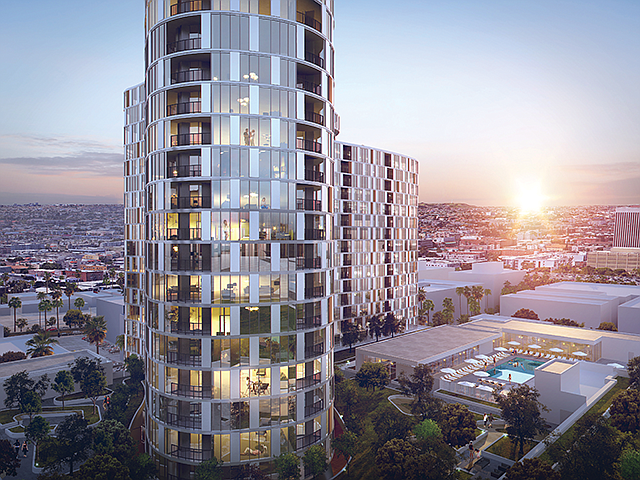 Going Up: Jamison recently broke ground on a project at 2900 Wilshire Blvd.

Jamison, a major landlord and developer in downtown and Koreatown, is investing in the Westside.

CBRE’s Laurie Lustig-Bower and Kadie Presley Wilson represented the seller, a family partnership that owns a carwash on the site. The company is leasing back the property while Jamison entitles it for development.

“The site’s great West LA location and proximity to transit garnered a lot of attention from developers,” Lustig-Bower said in a statement.

Jamison has already submitted plans to the city to build a five-story building with 100 apartments and parking. According to filings, Jamison is planning nine units of affordable housing. If the city approves a height and density bonus, that would allow an additional 50 units, according to the filing. Jamison declined to comment on its filings with the city.

Jamison is currently developing a handful of projects in Koreatown — another hot submarket for development, spurred by the expansion of the L.A. County Metropolitan Transportation Authority’s Purple Line.

In February, Jamison and Mid-Wilshire-based Hankey Investment Co. filed plans to build 490 units at 200 N. Vermont Ave., formerly the site of a car dealership. The plans call for 49 units for extremely low-income tenants. That same month, Jamison and Hankey broke ground on a 25-story, $300 million residential building with 644 residences at 2900 Wilshire Blvd.

Jamison is also working on a 36-story tower with 506 units and roughly 62,000 square feet of commercial space at 3700 Wilshire Blvd.