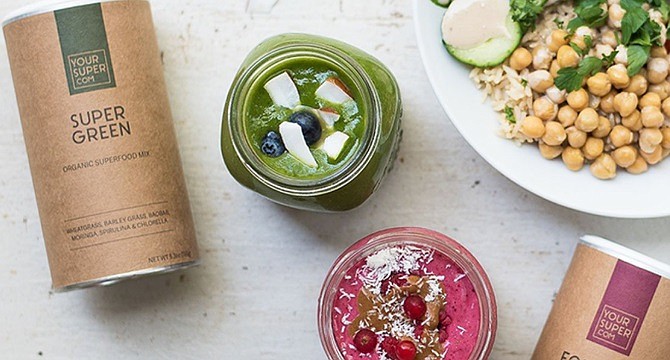 Your Superfoods Inc. (doing business as Your Super), Venice-based makers of organic superfood health mixes, announced Jan. 23 it raised $5 million in a Series A funding round led by Manhattan Beach-based PowerPlant Ventures.

“Your Super has built the foundation to be a major category disruptor because of its efficacious products, visionary leaders, strong brand and capital-efficient, direct-to-consumer model,” Gluck said in a statement.

Founded in 2015, Your Super reported it experienced “1000 percent growth” in 2018. Most – 95 percent – of the company’s sales are made online, though the company notes it does distribute to “select retailers” in Los Angeles, including West Hollywood’s Erewhon Natural Foods and Wanderlust Hollywood yoga center.