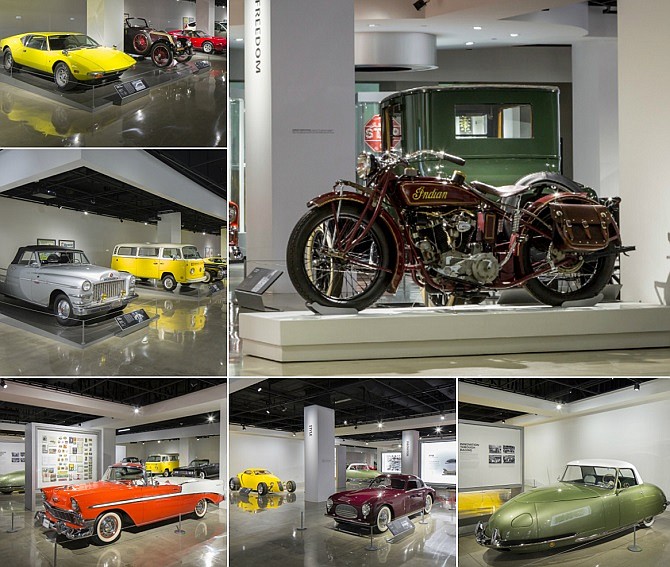 The Petersen Automotive Museum has received a $5 million gift from the Otis Booth Foundation, considered the largest publicly disclosed charitable gift to the Mid-Wilshire-based museum.

Petersen, which is dedicated to the history of the automobile and its impact on Los Angeles culture, plans to rename its History Floor as the Otis Booth History Floor, kicking off Petersen’s 25th anniversary.

“We are thrilled,” said Laura Bridge, Petersen’s development director, and who confirmed that the gift is the museum’s largest ever publicly disclosed donation.

The foundation is named after Franklin Otis Booth Jr., a Los Angeles-based philanthropist, investor and an executive at the Los Angeles Times. Booth, who passed away in 2008 at 84-years-old, earned his money through his early investment in Berkshire Hathaway, and in 1967 set up the Otis Booth Foundation, which is known for its multi-million-dollar gifts to local institutions supporting education, the arts, hospitals and youth programs.

The Booth foundation gift supports the museum’s mission “to explore and present the history of the automobile and its global impact on life and culture using Los Angeles as a prime example,” according to a Petersen statement.

“We are grateful for the magnanimous support given to us by the Otis Booth Foundation in honor of its namesake Otis Booth, whose passion for the conservation of historical artifacts resonates with us deeply,” said Terry L. Karges, Petersen Automotive Museum Executive Director.

The size of the largest gift has never been disclosed publicly, but Petersen officials point to Peter Mullin who in 2015 who gave a “seven-figure” gift when the Petersen was undergoing renovation. His gift went to support the Petersen’s largest exhibit, called the “Mullin Family Grand Salon,” and which currently holds the “Porsche Effect,” which has been touted as the most impressive collection of Porsches outside of Germany.

Businessman and philanthropist Mullin, who has been chairman of the Petersen since 2013, runs his own automotive museum in Oxnard.

Mullin’s museum was established in the San Fernando Valley in 2010 as a tribute to French automotive styling and the decorative arts that influenced that genre. The collection is made up mostly of French automobiles from the pre-war Art Deco period.