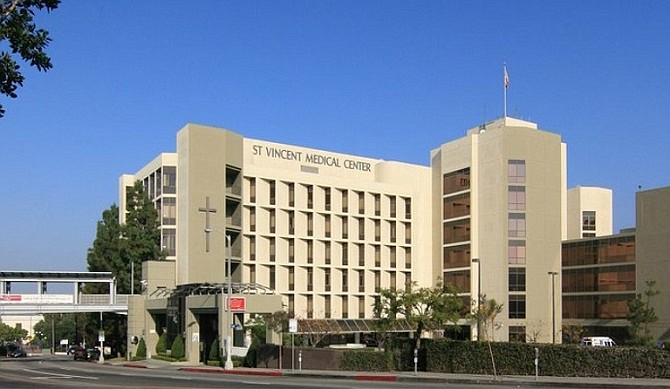 El Segundo-based Verity Health System of California Inc. has agreed to sell St. Vincent and St. Francis medical centers to Riverside-based KPC Group along with two Northern California hospitals for $610 million, unless there is a higher offer.

Verity Health announced the asset purchase agreement on Jan. 18, which could be subject to a higher bid.

The nonprofit health system also agreed to sell Seton Medical Center and Seton Coastside in Northern California. The agreement was filed in U.S. Bankruptcy Court in Los Angeles on Thursday seeking competing bids in an auction of the hospital properties. The date of the auction has not been determined.

“We are excited about the future of these hospitals,” said Peter Baronoff, chief executive of the KPC Group, in a statement, “and we look forward to the opportunity of continuing their excellent track record of care in the communities they serve.”

The hospitals are among six Verity Health purchased in 2015 from the financially strapped Daughters of Charity Health System, a Catholic nonprofit that ran safety net hospitals for underserved patients.

Verity Health then moved its headquarters from Redwood City to El Segundo, and declared Chapter 11 bankruptcy in August 2018, searching for buyers. It was previously managed by Integrity Healthcare, for which Los Angeles billionaire Patrick Soon-Shiong has a majority interest.

Verity’s losses ran roughly $175 million a year on a cash flow basis, according to the filing.

Verity is now the sole owner and manager of the healthcare system. A winning bid to buy the hospitals must be approval by the Verity Health Board of Directors, the bankruptcy court and, depending on the buyer, the California Attorney General.

“When we began this process, our goal was to ensure these important historic institutions continued to provide the high level of care local communities need and deserve,” said Rich Adcock, chief executive of Verity Health. “We have reached an exciting milestone as we get closer to this goal becoming a reality.”

He said that Verity was committed to finding the right buyer that could provide uninterrupted service for all hospital employees, doctors and patients.

Two other Verity hospitals in San Jose and Gilroy are in the process of being purchased by the county of Santa Clara.

KPC Group, which shares corporate offices in Riverside and Corona, claims more than $10 billion in assets, including hospitals, clinics, schools, commercial real estate properties, and agricultural research centers, according to its website.

The City of Lynwood had expressed interest in buying the St. Francis hospital, and had been exploring a purchase alongside a group of doctors who work at the trauma center.