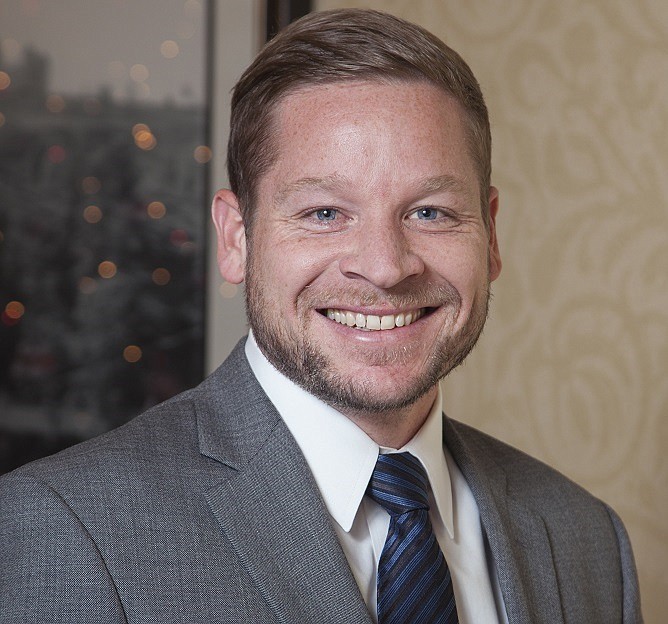 The Hollywood Business Improvement District board has named Kristopher Larson, a business leader from Raleigh, N.C., as chief executive of the Hollywood Property Owners Alliance, the nonprofit organization that manages the Hollywood Business Improvement District. He will replace longtime executive editor Kerry Morrison, who announced last summer she was stepping down at the end of this month to focus on improving mental health programs in the region.

Larson, 40, comes from an urban planning background. He is returning to Southern California after serving more than a year as chief executive of the Downtown Raleigh Alliance and for five years before that as chief executive of Downtown Grand Rapids Inc. in Michigan. From 2009 through 2012, Larson was vice president of the Downtown Long Beach Associates Business Improvement District.

“We have to continue the commitment to making Hollywood clean and safe for workers, residents and visitors,” Larson said in an emailed statement. “I will work with the board to develop programs to address issues the community cares about – things like reducing homelessness, improving public spaces, attracting a strong mix of retail, and working on community planning efforts. With huge investments coming down the pipeline in Hollywood, and a boom in retail, commercial and hospitality projects, the BID has the potential to contribute to Hollywood’s emergence as a world-class neighborhood and destination.

Larson officially takes the helm of the Hollywood Business Improvement District on Feb. 25. For the nearly four weeks between the departure of Morrison and Larson’s arrival, Devin Strecker, the current deputy director of business development, will be the interim executive director