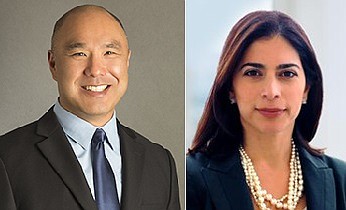 Brown and Cho succeed Lane, who held both posts until he was appointed chief executive of the Los Angeles gas utility last month.

Brown, 43, currently serves as vice president of federal government affairs for Sempra Energy. Prior to joining Sempra in 2016, she served as the senior energy and environment counsel for the office of U.S. House of Representatives Speaker Paul Ryan, the last of three policy advisory posts she held in Washington. Brown will assume the SoCal Gas president post at a future date to be announced.

“Today’s announcement of these executive appointments strengthens our leadership team with a balance of deep operational and energy policy experience,” Lane said in the announcement.