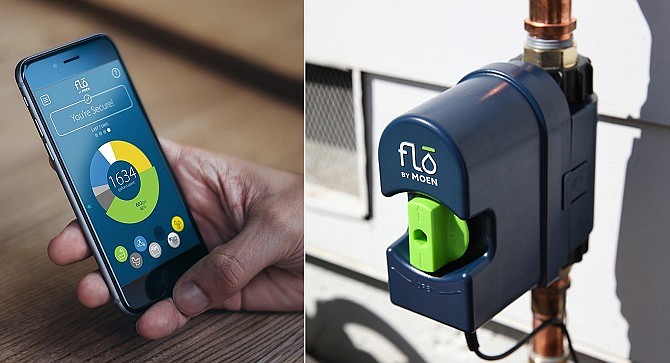 Flo Technologies Inc., based in Culver City, completed a Series B fundraising round worth $28 million Jan. 4, bringing the home water monitoring system developer’s total funding to an estimated $39.3 million.

Founded April 2015, Flo Technologies’ most recent raise prior to its Series B was a November 2017 seed round worth $7.8 million.

The Series B fundraise was led by Deerfield, Ill.-based Fortune Brands Home & Security Inc., the parent company of Olmstead, Ohio-headquartered Moen, which manufacturers faucets and other home water fixtures.

Following the raise, Moen and Flo Technologies will join forces to launch a new product called “Flo by Moen,” at the 2019 Consumer Electronics Show which begins Jan. 8.

“By partnering with Moen, which has a proven track record of innovating and delivering superior value to customers, our smart water monitoring and leak detection system will reach and protect more homes across the country,” said Flo Technologies Chief Executive Gabriel Halimi. “We’re excited to work with the Moen team to shine a light on the major issue of water waste and damage in homes.”

Flo by Moen consists of a Wi-Fi-enabled device that connects to a home’s water supply and sends smartphone alerts to the user if there is a leak, critical or small, in the system. A built-in Artificial Intelligence monitors temperature, pressure and water flow and automatically shuts the system off if a problem is detected. “Moen is changing the way we experience water, with more innovation than any time since the Romans over 2,000 years ago,” said Fortune Brands Global Plumbing Group Chief Marketing Officer Mark-Hans Richer. “By plugging water into the cloud, we can enhance people’s daily interactions with water, while conserving our most precious resource. Through partnerships like this, we’re continuing to invest in innovation at a rapid pace, to lead the smart water revolution.”