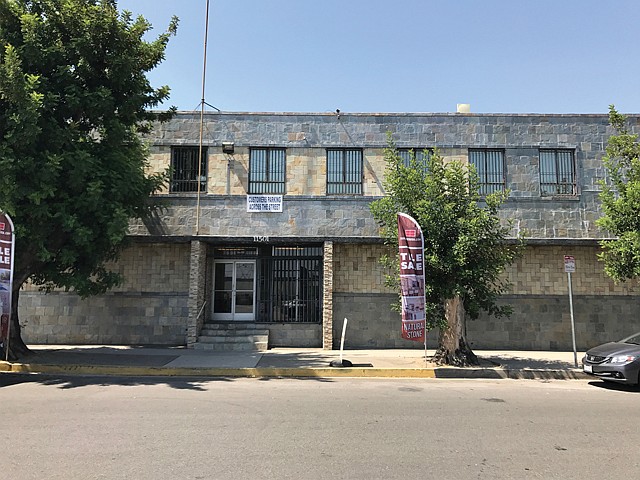 “The plan our client has to transform this decades-long vacant building into a class-A mixed-use project is not only exciting, but something wonderful for a submarket that has seen tremendous forward momentum during the past several years,” Grossman said in a statement. “We look forward to watching the transformation begin and have no doubt it will be a success.”

The Broadway Theater District has seen a resurgence in recent years as retail and restaurants have opened on the street once known for high vacancies.

“We could not be more excited to begin this project,” Reuven Gradon, principal at Afton, said in a statement. “The DTLA market has such strength and character, and the Broadway District in particular we feel is still in early stages with regards to new developments, capital inflows, job creation and continued improvement. Having spent the last year finalizing plans for the renovation, we are thrilled to now have a lending partner standing with us that shares our vision.”

Benton has roughly 15 years of experience in multifamily real estate in L.A. He was previously a director at Newmark Knight Frank. He has also served as a sales director at CBRE Group Inc.

“The Los Angeles multifamily market continues to be targeted by institutional investors as they expand and manage their portfolio,” said Peter Belisle, JLL’s southwest director, in a statement. “Chris brings a deep reservoir of experience, strong local market knowledge, and has continually exceeded clients’ expectations.”

Benton will work out of JLL’s Century City office and advise investors on multifamily sales.

A studio props company has signed a $5.6 million lease for a nearly 90,000-square-foot building in North Hollywood to store fake books.

Faux Library Studio Props Inc. is relocating from a nearby location. The company, which creates fake and real books that can be rented as movie props, was represented by Delphi Business Properties’ Christopher McKenzie. CBRE Group Inc.’s Matt Dierckman, Dave Harding, Greg Geraci and Billy Walk represented the property’s landlord.

The North Hollywood space, which Faux Library Studio Props will move into in the next few months, is located at 11501 Hart St.

“This is a perfect fit for the tenant as they were looking to stay in the North Hollywood area to better service neighboring entertainment companies,” Dierckman said in a statement.

Short-term rental companies like Airbnb Inc. may have experienced some hiccups, but business is still growing. Other companies are capitalizing on the trend by helping property owners manage their rentals.

The company received $19 million in Series B funding last year. The investment was led by TLV Partners.

Guesty was founded in 2013 by twin brothers Amiad Soto and Koby Soto.