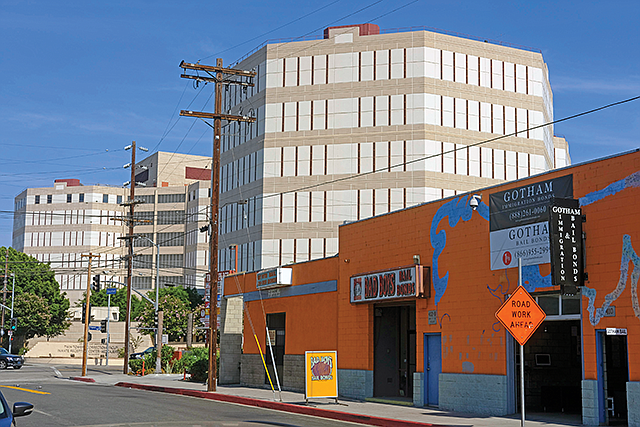 The recent decision by the Los Angeles County Board of Supervisors to convert the Men’s Central Jail in downtown to a mental health treatment facility could land the county in a legal morass. That’s because despite the complete transformation of the project, the board simultaneously on Feb. 12 awarded a $2.2 billion contract to McCarthy Building Cos. Inc., of St. Louis.

This is the latest twist in the saga to replace the aging Men’s Central Jail, which officials and stakeholders said needs to be replaced. The county board has debated the proposal for more than a decade, weighing competing visions of what a correctional facility should encompass and how much emphasis should be given to mental health treatment.

The county Department of Public Works selected McCarthy as the winning bidder on the proposal request to rebuild the jail with a maximum capacity of 3,885 beds. Hensel Phelps Construction Co. Inc., of Greeley, Colo., was the runner-up.

At the Feb. 12 board meeting, Supervisors Mark Ridley-Thomas and Janice Hahn put forward a plan to scrap the building of a new jail and instead build a mental health treatment facility – essentially a hospital. The board approved this new plan, along with the $2.2 billion contract award to McCarthy and a payment of $1 million to Hensel Phelps to “give the county the right to use the information and ideas submitted by Hensel Phelps.”

One legal expert said after the vote that, given the substantial change in the project, the entire request for proposals should have been scrapped and a new round of bidding begun once the new project scope became more definitive.

“There is no question that with this most recent board action, this project has undergone a material and substantial change,” said Bob Rubin, a construction disputes attorney in New York and an adjunct professor at Columbia Law School. “If McCarthy retains the contract without a new round of competitive bidding, that could definitely be subject to legal challenge.”

In a subsequent interview on KABC (Channel 7)’s Feb. 17 “Newsmakers” broadcast, Ridley-Thomas affirmed the project had undergone substantial change, referring to the need to “rescope and resize” the project according to a new model for a health care facility instead of a jail. Hahn, also interviewed for that program, said the new project was now to be considered a “hospital setting” and not a jail.

Questions to both Ridley-Thomas’ and Hahn’s offices about whether the contract should be rebid were referred to the office of County Chief Executive Sachi Hamai. A spokesman for that office, Michael Wilson, said in an email that any issues involving the contract would be addressed in the future.

“As we implement the measures over the next 90 days as directed by the Board, we will continue to assess any potential issues, including with the construction contract,” Wilson said.

Much will depend on how Hensel Phelps responds and whether it is satisfied with the $1 million payment it is set to receive or whether it decides to mount a challenge.

Calls and emails to local representatives of both McCarthy Construction and Hensel Phelps were not returned.

Hensel Phelps Construction Co. Inc. was the lead contractor that coordinated the work of 35 subcontractors on the four-year project, which wrapped up with a ribbon-cutting in November. According to the LAWA newsletter, “there were 2,219,398 man-hours worked without a lost-time injury. The project included workers from 19 trade unions and was built under the local project labor agreement. A total of 4,163 workers were involved in the project between 2014 and 2018, including 1,303 local hires (31.3 percent).”