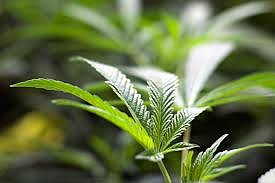 MassRoots Inc., a cannabis technology company based in Hollywood, has entered into an agreement to acquire COWA Science Corp. in a deal worth up to $6 million.

The publicly traded tech platform announced Feb. 21 it entered into a definitive agreement to purchase the Colorado-based cannabis sales and distribution network for common stock valued at $5.78 million, based on revenue milestones of $2.5 million and $7.5 million.

The agreement, subject to certain conditions, is expected to close by May 15.

“MassRoots’ managerial team has been observing COWA Sciences and their growth trajectory for several years, and are impressed with their book of business,” said Isaac Dietrich, its chief executive, in a phone interview.

COWA Science Corp., based in Longmont, Colo., is a logistics and supply chain company for small- and mid-sized cannabis businesses across the U.S. In January, it received more than $275,000 in sales orders.

MassRoots Inc., founded in 2013 in Colorado, is a technology platform for the regulated cannabis industry.

The company has raised $35 million in venture capital, Dietrich said, including a $2 million round in December led by Chicago Venture Partners.

MassRoots recently moved its headquarters from Denver to Los Angeles to be at the center of the emerging cannabis industry, Dietrich said.

“This is where the industry is now,” he said. “In Southern California, the market is billions upon billions of dollars. You go where the customers are.”