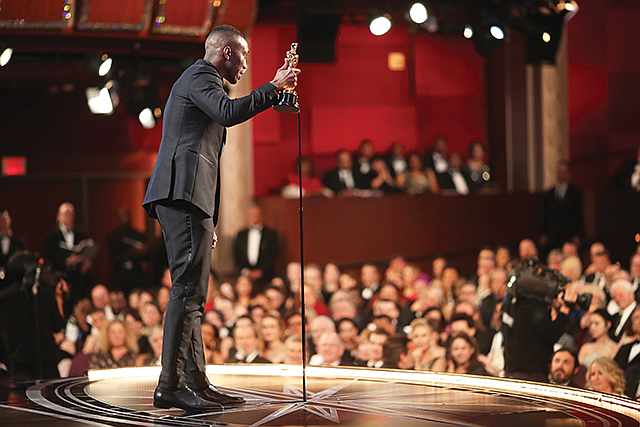 Actors, directors and writers whose names are called Sunday at the 91st Academy Awards ceremony might be taking home more than a golden statuette.

Cash payouts tied to Oscar wins are an increasingly common incentive used by production companies – particularly smaller, independent outfits – to lure talent for below market rate. In exchange for taking a pay cut on the front-end contract, talent can receive a bonus for award show wins or even nominations.

The prevalence of award bonuses has ratcheted up in the last few years, partly due to smaller production companies’ success at garnering nominations and awards in the highest-profile Academy Award categories.

“Award bonuses are not too common on particular studio films but are more common on independent or art house films,” said Robert Darwell, a lawyer at Sheppard Mullin Richter & Hampton who writes movie financing contracts.

“Independent producers tend to give these bonuses to talent who are working for less than their quote on what one hopes will be an awards contender,” Darwell explained.

For example, Focus Features’ “Black KkKlansman” may have resulted in Spike Lee getting a bonus for the movie’s best picture and best director nominations.

The best picture nomination for Walt Disney Co.’s “Black Panther,” meanwhile, likely did not trigger a bonus for anyone.

Confirming what movies and which talent picked up bonus payments – and the specific dollar figures associated with those bonuses – was a bridge too far due to confidentiality agreements, industry sources said.

But there is some agreement about what these deals look like and how they are used by a coterie of production studios.

Bonus payments are in cash, said Scott Edel, an entertainment lawyer at Loeb & Loeb, and not a salary percentage.

According to Darwell, the payments are for Oscar nominations, sometimes for the Golden Globes, and not for other recognitions such as from the Screen Actors Guild or Critic’s Choice Awards.

A typical bonus payment can be $25,000 per nomination and $50,000 a win, said Darrell Miller, an attorney at Fox Rothschild who represents entertainment talent.

The bonus payment can be an important part of an artist’s compensation, Edel said, because the threshold has increased in the last decade for when artists get a slice of the box office revenue pie.

Additionally, Miller noted, the rise of content-hungry Netflix Inc. – which does not report how many people watch its movies – has decreased the overall market for artist profit participation payouts because the company’s deals do not include any incentive awards tied to box office benchmarks, a practice that was more prevalent before the rise of streaming services.

The awards bonus carrot, though, comes with the considerable downside of producers “putting established artists into situations where they say, ‘I can’t even begin to pay what your normal fee would be up front,’” Miller said.

Producers will even occasionally offer star talent the minimum rates of their respective unions, Miller said. That shakes out to $980 per day of work for a Screen Actors Guild member; $19,622 a week for Directors Guild of America member; and $77,662 for an original screenplay, per Writers Guild of America stipulations.

Even with bonus payments, those figures seem like peanuts in a motion picture market where Robert Downey Jr. reportedly made $81 million for an “Iron Man” sequel. Incentive payments, though, are not coming from producers who make Iron Man sequels but from those exploring an alternative business model.

Between 2001 and 2004, several production companies were launched with artistic ambitions and connections to one of the major six Hollywood studios.

Another movie, “The Favourite,” was made by 24-year-old Fox Searchlight Pictures Inc., a 21st Century Fox Inc. subsidiary and a forerunner of the art house production business model.

While budgets vary for movies produced by these and other independent or art house film outfits, the business model relies on critical acclaim as opposed to immediate box office success. Some of the films, such as “Vice,” which had a $60 million budget, cost almost as much as big-ticket Hollywood productions.

Others are shot on a budget of a few million dollars, Miller, of Fox Rothschild, noted, and depend on critical acclaim for financial success.

The movie cost $1.5 million to make, and before Academy Awards night, reported $22.2 million in box office revenue, amid rave reviews and award nominations.

After being nominated for eight Oscars and winning three, including best picture, the film’s box office revenue leaped to $65.0 million total.

“Moonlight” and movies of its ilk were a boon to Plan B, which got a cut of the total box office sales. There is disagreement about whether such movies benefit talent.

Ira Kalb, a professor at USC’s Marshall School of Business, said there is an “Oscar bump” of between 20 to 60 percent for the next contract given to an Academy Award nominated director, actor or writer.

In other words, Kalb said, sacrificing upfront money to work on an Oscar-caliber movie is a worthwhile enterprise.