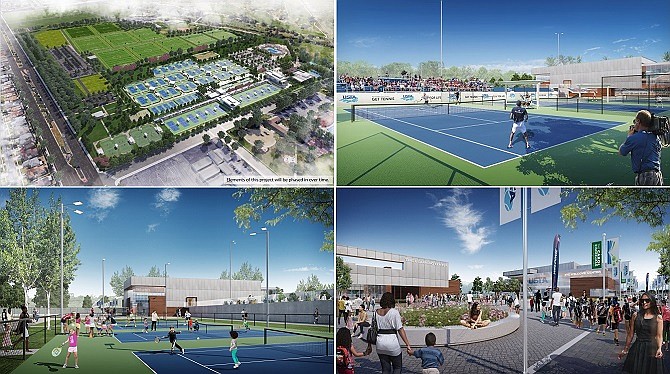 Renderings of the Carol Kimmelman Athletic & Academic Campus in Carson

A portion of Los Angeles County-owned Victoria Park Golf Course in Carson is expected to be transformed into a new sports and education center with a focus on tennis and STEM studies pending completion of a public review process led by the county. 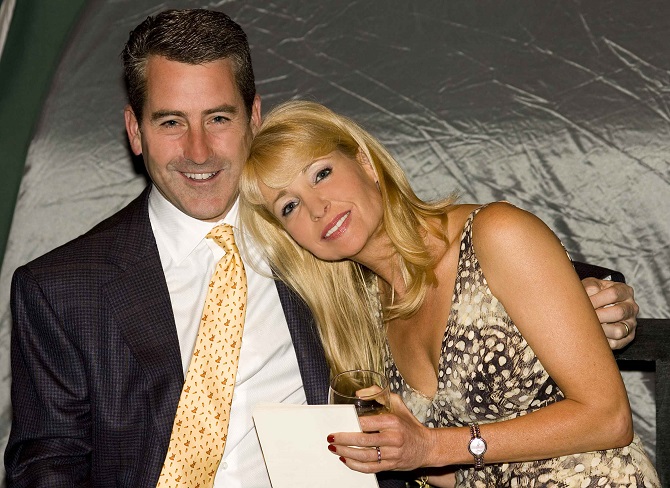 Spearheaded by the Kimmelman Family Foundation, the Carol Kimmelman Athletic and Academic Campus is expected to span more than 80 acres and include up to 52 tennis courts, soccer and multi-purpose fields, and an academic center focusing on science, technology, engineering and math in partnership with local schools and institutions.

Project officials said the center will be largest community tennis venue on the West Coast. Partners include the USTA Foundation, the charitable arm of the United States Tennis Association chaired by Chris Evert, and Irvine-based TGR Foundation, established by Tiger Woods and his late father, Earl Woods, to support health and education for children.

The center is named for the late Carol Kimmelman, a native of Riverside, who was a competitive tennis player at USC and served as an elementary school teacher in Central Los Angeles. She died of ovarian cancer in 2017.

Her husband, Doug Kimmelman, the president of the foundation and senior partner of New Jersey-based private equity firm Energy Capital Partners, called the project “100 percent Carol…what resonated more than anything in her life was her years of teaching and those kids, finding more opportunity for those kids.”

Groundbreaking is expected in early 2020. The County Board of Supervisors is completing an environmental review of the site, which served as an active landfill in the 1950s but had been in use as a golf course and recreational facility beginning in 1966.

Kimmelman said the project is estimated to cost $60 to $100 million with ongoing fundraising to cover an annual operating budget of several million. Kimmelman said the Kimmelman Foundation is contributing $40 million toward the total, including construction and operating funds for the center’s first few years.

Kimmelman confirmed that his USTA entities are collectively contributing approximately $10 million. Kimmelman declined to disclose the contribution from TGR but called it “significant” and said other corporate sponsors will be providing significant support as well.

USTA Foundation Executive Director Dan Faber said the goal of the center is not to create tennis stars superstars but “to get kids to college” with the combined disciplines of academics and sports. “It’s really about changing lives,” Faber said.