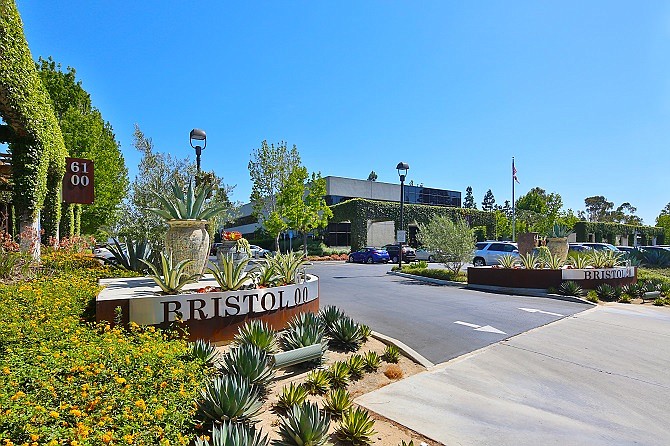 Pasadena-based Alexandria Real Estate Equities Inc. has purchased Bristol 61, a four-building creative office campus in Culver City for $39.15 million, according to a source familiar with the matter.

The campus was purchased from Boston-based Intercontinental Real Estate Corporation and San Francisco-based The Swig Company. The two announced the sale Feb. 11. The properties last changed hands for $20.2 million in 2014, according to CoStar data.

"We saw the potential of this property to offer a lower cost alternative to smaller companies wanting the same creative campus atmosphere being offered in Playa Vista,” said Tomas Schoenberg, executive vice president of investments for The Swig Company, in a statement. “We believed, and ultimately proved, that a well-conceived creative makeover of Bristol 61 with its convenient location, ease of access to major freeways, ample parking and open, voluminous creative interiors would appeal to creative and life-science companies doing business with the large tech, content and life science companies in Playa Vista and the greater Westside.”