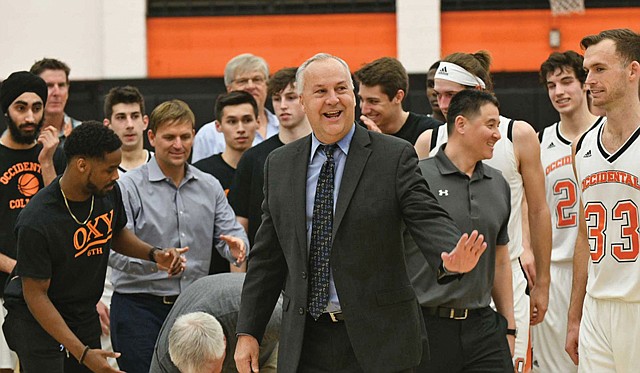 Despite its attachment to alumnus President Barack Obama, Occidental College is often an overlooked academic outpost in Los Angeles with larger institutions such as USC and UCLA garnering local attention. But Oxy found itself in the news last week as its president, Jonathan Veitch, announced he would step down from the post in 2020. That upped the growing number of top higher ed administrative vacancies in the L.A. region, with Occidental joining USC in looking for a new leader. Both USC and UCLA are also looking to replace the deans of their respective business schools. The vacuum created by the departing leaders creates space for a new set of educational pioneers in Los Angeles, and that can be a force for positive change. The business world, through its ties to these institutions’ boards of trustees, will undoubtedly influence the trajectory L.A.’s education industry takes, and it’s important we in the community pay attention and provide input on these leadership decisions. After all, the next crop of business leaders are working their way through school now, and they provide the region with its seemingly ever-growing pool of talented workers… Speaking of Occidental, the college also celebrated a milestone late last month. Its men’s basketball coach, Brian Newhall, was feted Jan. 26 in recognition of his 30 years leading the program. A group of basketball alums, including yours truly, descended on Rush Gymnasium in Eagle Rock to watch the Tigers beat Caltech 72-62 and afterwards gathered to toast Newhall. Ethan Caldwell, Class of 1990 and chief executive and co-founder of Seattle-based telecommunications analytics firm Marchex Inc., led the charge to recognize Newhall’s three decades of service… Los Angeles Mayor Eric Garcetti finally addressed presidential bid rumors last week, opting not to run on a national stage. The mayor said at a press conference that he wanted to “finish the job” he committed to do in L.A. Garcetti, who was elected to a second term as mayor in 2017, opted to sit out the presidential race after a high-profile teachers’ strike and a reported federal probe into a potential bribery scheme tying downtown developers to mayoral appointees. Garcetti did not address the latter situation, which reportedly involves China-based developers Oceanwide Holdings Co. Ltd. and Greenland US Commercial Holding Inc., among others. The scandal has spread from City Councilman Jose Huizar, whose office was raided by the FBI in November, into the Garcetti administration. Former Deputy Mayor Raymond Chan has been targeted with federal agents going to court to obtain emails related to possible malfeasance. There’s been nothing so far to hint Garcetti is tied to the scandal – and no actors have been charged with any wrongdoing yet – but it’s easy to imagine anything resembling ties to a whiff of scandal would have been backbreaking in the searing spotlight of a presidential campaign… Another issue Garcetti has had trouble shaking during his tenure as mayor has been homelessness and a lack of affordable housing. Public dollars and policy changes have made little dent in the problem, but a change in private sector development might offer some hope. As the Business Journal’s Hannah Madans explores in our special report this week, co-living is beginning to gain traction in the region. While most developments at the current juncture stretch the boundaries of affordability – and seem targeted to a relatively affluent younger demographic – the concept seems like something that could be adopted to combat homelessness and provide some permanent housing options at a feasible price point. While there are no guarantees, it’s a worthwhile trend to watch out for.