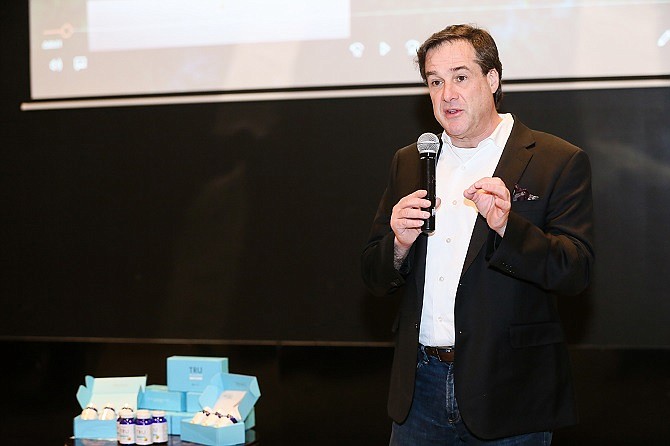 Westwood-based ChromaDex Corp. has made headway as it tries to market its only product — a nutrition supplement aimed at promoting metabolic reactions in cells — around the globe.

Earlier this month, the Australian Therapeutic Goods Administration approved nicotinamide riboside chloride, the main drug ingredient of ChromaDex’s nutrition supplement, for use as a complementary medicine in that country.

The approval gives ChromaDex exclusive marketing rights in Australia to the drug ingredient for two years. ChromaDex markets the ingredient under the name Tru Niagen.

“This is an important milestone as we expand our presence in the Asia-Pacific region,” ChromaDex Chief Executive Rob Fried said in an email. “We look forward to sharing the unparalleled science behind our ingredient with the people of Australia in 2020.”

With approval in hand, ChromaDex announced Dec. 5 the expansion of its partnership with health food wholesaler Matakana Health Ltd. of Auckland, New Zealand, to market Tru Niagen in Australia.

Matakana has been marketing Tru Niagen in New Zealand since last year; this deal extends the marketing agreement until early 2023 and adds Australia to the marketing territory. No financial terms of the marketing partnership were announced.

“We are excited to be expanding our relationship with ChromaDex in Oceania,” Matakana Health Chief Executive Kevin Glucina said in the statement. “Tru Niagen has been taken up by New Zealanders with great enthusiasm, and we expect to see the same level of excitement and adoption of this groundbreaking product from Australians in 2020.”

The moves in the Australia-New Zealand market come weeks after ChromaDex announced that the European Commission had approved listing nicotinamide riboside chloride as a “novel food ingredient” at a daily serving of 300 milligrams for the healthy adult population among the 28-member nations of the European Union.

“We are pleased to be extending our global footprint into Europe,” Fried said in that announcement.

ChromaDex was founded in 2008 to commercialize nicotinamide riboside chloride as a health supplement. According to the company, the drug boosts production of the metabolizing agent nicotinamide adenine dinucleotide in cells, which helps to counteract the natural decline of metabolizing agents as the body ages.

But the company — which in 2017 moved its headquarters from Irvine to Westwood — has yet to turn a profit as it has spent tens of millions of dollars in safety and human clinical trials and in patent-related legal expenses. Last year, it reported a $33 million loss; for the first three quarters of this year, losses have totaled $23 million.