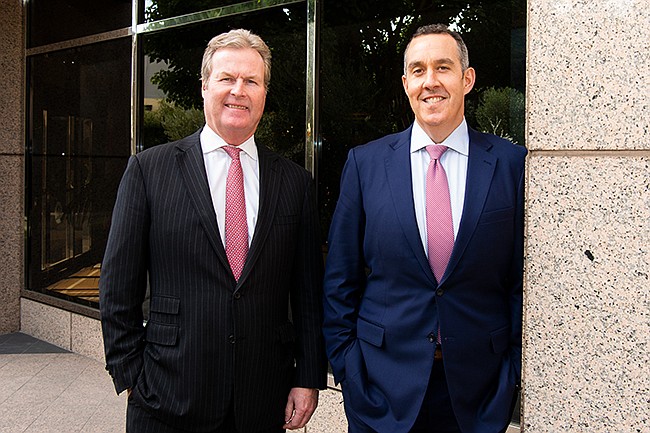 The six-person team, which was recruited from competitor UBS, is led by industry veterans Roger Stephens and Daniel Rothenberg.

The team is currently in the process of transitioning existing clients to RBC.

Michael Melton, who leads RBC’s Southern California wealth management practice, declined to comment on the status of the transfer. He noted, however, that these transitions typically take about 60 days and that his company was “very pleased with the success to date.”

The hires will form the basis for a new RBC Wealth Management office at City National Plaza downtown. They will work with City National Bank to add full-service banking capabilities to their existing wealth management products.

Melton said RBC Wealth Management’s relatively small size and more flexible culture were key factors in the decision by Stephens and Rothenberg to come on board.

In a statement, Rothenberg said core advantages behind the move were RBC’s “boutique feel” and the flexibility to run his business as he saw fit.

“Our collaboration with RBC Wealth Management has really started to take off — and there’s so much more we can do,” said Gwen Miller, executive vice president at City National Bank responsible for RBC Banking Solutions, in a statement provided to the Business Journal.

“Our partnership with RBC Wealth allows both businesses to gather a deeper understanding of a client’s financial needs, and it helps us serve our clients better in the long run,” she added.

Melton said his company intends to continue to expand its Los Angeles office by adding more advisers in the near future.

The recently recruited team is currently working from Pasadena while waiting for construction to be completed on its downtown office. Melton said he expects the team to occupy a temporary space in City National Plaza after Jan. 1 before moving into permanent offices later in 2020.