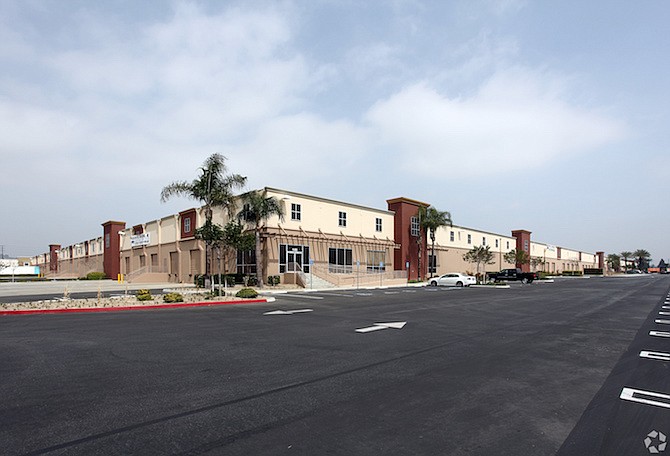 The Brentwood-based industrial property owner announced the acquisition of two industrial facilities for $99.7 million on Dec. 12. The properties were purchased with cash on hand.

The center has a two-tenant building with nearly 752,000 square feet. It is fully leased.

The rents being paid by the tenants are below market value, according to Rexford. When the leases expire, the company plans to increase rates and upgrade the property.

The property is a fully leased, single- tenant building of roughly 57,000 square feet. The 3.48 acre property has excess land for trailer parking and storage.

The lease is also below market value, according to Rexford. Once the lease expires, Rexford will reposition the property to increase rents, the company said.

“These investments illustrate Rexford’s ability to capitalize upon value-add acquisition opportunities as a consolidator of distribution-focused properties within infill Southern California,” Howard Schwimmer and Michael Frankel, co-chief executives of Rexford, said in a statement.

Rexford has been on an acquisition tear this year, picking up more than $956 million of industrial properties.

In September, the company purchased an eight-building complex in Torrance for $66.2 million using cash on hand. The complex is more than 267,000 square feet and was 91% leased at the time of the sale.

In L.A., the company acquired a property at 3150 E. Ana St. in Rancho Dominguez for $18.8 million in a sale-leaseback transaction, a building at 18115 S. Main St. in Carson for $6.8 million and a building at 3340 N. San Fernando Road for $3 million. The other acquisitions were not in the Los Angeles area.

During the quarter, the company signed and renewed leases for more than 1 million square feet. Rental rates on the leases were roughly 31% higher than the previous rates.

The industrial market has been in high demand. During the third quarter, the industrial vacancy rate in L.A. County was a mere 1.9%, according to data from Jones Lang LaSalle Inc. Roughly 14.3 million square feet of industrial space sold or leased during the quarter.