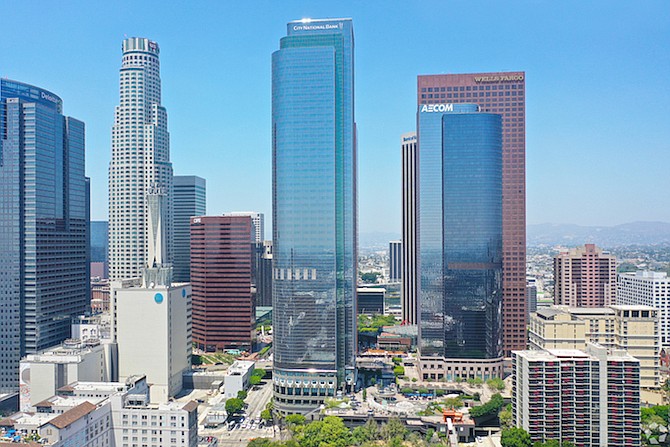 Andersen has signed a lease for 46,000 square feet at City National 2Cal in downtown, according to building owner CIM Group.

Andersen, one of the world's largest tax and financial advisory service firms, will relocate from its nearby office in mid-2020. It will occupy two floors at the 52-story 2Cal tower.

CIM Group brought City National Bank to a 300,000-square-foot lease at the building and has leased or released another 700,000 square feet of space in the building.

CIM Group has been updating the building, expanding the lobby and adding glass entrances and valet parking. CIM Group is also renovating the surrounding 1.5-acre area that it shares with 1Cal and the Omni Hotel. The once prominent water feature has been removed to create public space.

2Cal isn’t the only building downtown to undergo updates.

Rising Realty Partners and Lionstone Investments renovated the Trust Building at 433 S. Spring St. KTGY Architecture and Planning and celeb chef Curtis Stone were the first to sign leases at the updated property.