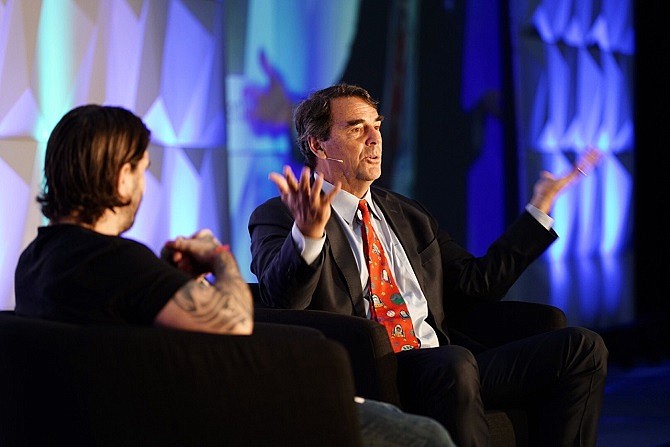 Timothy Draper has a history of funding some of the technology sector’s most prolific startups through Draper Associates in San Mateo, and now the venture capitalist is bringing his money to Los Angeles.

Draper, who has participated in funding rounds for Tesla Inc., Microsoft Corp.-owned Skype, and Coinbase Inc., has invested in the majority of a $3 million round for Santa Monica-based management company Goren Holm Group.

The venture outfit — which owns and operates Goren Holm Ventures and provides funding and incubation for early stage blockchain and cryptocurrency startups — rebranded on Dec. 9 to reflect its new majority owner.

It is now operating as Draper Goren Holm.

Draper is a partner and board member alongside the company’s co-founders, Alon Goren and Josef Holm, who launched the firm in 2018.

“Tim really loves L.A. — he knows we have a large blockchain community, and he comes down here regularly to work with local companies, so part of this was to create a presence in L.A.,” Goren said.

Draper said he was looking forward to creating a presence in the L.A. market and working with Goren and Holm, who also stage the annual Crypto Invest Summit downtown.

“I am excited about doubling down on Los Angeles and blockchain with the premier blockchain conference and accelerator team in L.A.,” Draper said in a statement. “Josef and Alon are ingrained in the L.A. community and have created a funnel of some of the top talent and entrepreneurs in the world.”

Goren said that despite the name and ownership change, the mission of his firm hasn’t changed.

The company now has four employees but plans to expand its headcount in coming months.

Similar to an accelerator program like Techstars, Draper Goren Holm invests $25,000 to $50,000 in small, early stage startups focused on cryptocurrency and blockchain.

Draper’s name has long been a buzzword in Southern California’s venture capital community. He founded Draper Associates in 1985.

In addition to his backing of Tesla, Skype and other well-known tech brands, Draper was an early supporter of bitcoin.

Holm described Draper as “one of the most respected voices in not only cryptocurrency but throughout the investment world.”

While Draper’s track record of exits is overwhelmingly positive, not all of his ventures have been successful. He was also among several early backers of now-defunct Theranos Inc., founded by Elizabeth Holmes.

Five years after founding Draper Associates, the firm in 1990 created the Draper Venture Network, a collective of independent venture capital funds that regularly meet to network and share deals and investment strategies.

Access to larger, international funds helps Goren and Holm provide more value to their clients, who will eventually need to raise more money than they can solely provide.

“We understood that being a part of the Draper Venture Network was important because we focus on very early stage companies,” Goren said. “We wanted to be a part of the (group) to have a built-in network of funds to share our companies with when they need to raise more money.”