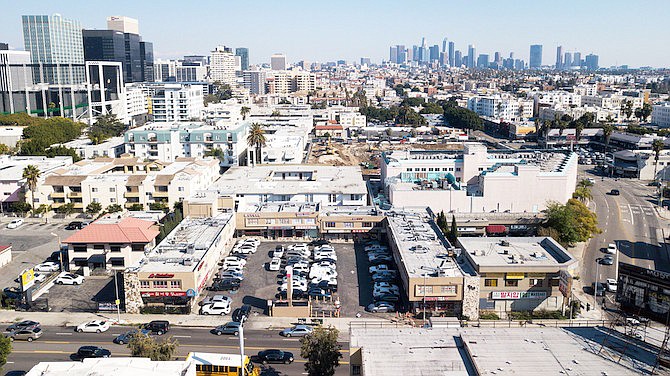 Brokerage Marcus & Millichap Inc. on Aug. 21 announced the sale of retail properties in Koreatown, downtown and the Westside.

The combined value of the deals exceeded $27 million.

The leases were all triple net leases, meaning the landlord has very little responsibility for the site.

Marcus & Millichap said in a statement that the site is a “trophy shopping center” with “long-term redevelopment potential."

Marcus & Millichap’s Brandon Michaels represented the unnamed buyer as well as the seller.

According to CoStar Group Inc., Koreatown-based Jamison purchased the property from Heyman Properties.

On the Westside, Marcus & Millichap brokered the deal for a retail asset at 8600 W. Pico Blvd. in Pico-Robertson that sold for $6.1 million.

The property has a roughly 14,000 square foot building that was previously occupied by Blueprint Furniture. It is now vacant.

Michaels represented the buyer and the seller.

According to CoStar, PPI Capital Inc. purchased the site from Blueprint Inc.

The site is subject to a ground lease with nine years left. The buyer purchased the land and will get the improvements when the ground lease expires. The rent increases 10% every three years.

According to CoStar, Domino Realty Management Co. Inc. purchased the land from a trust.