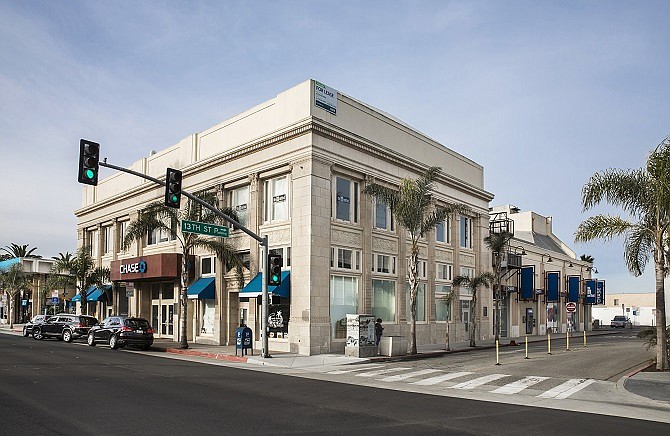 Increasingly scarce office properties near the beach are selling at a premium.

The Bijou Building, a roughly 23,000-square-foot building in Hermosa Beach, has sold for $18 million. It is a three-story mixed-use building with office and retail space.

The building was built in 1923 as the Metropolitan Theater.

“The location is the most desirable part about this building,” Stumm said. “It’s two buildings from the sand and one from the Hermosa Beach Pier. Finding something that’s this coastal with walkable amenities and improvements, that was desirable for our buyer. There’s such a scarcity of product that comes to the market in this area.”

The buyer, she said, is a long-term investor. The tenant suites have already been renovated and Stumm expects the buyer to eventually make some minor exterior fixes.

Stumm said Hermosa Beach isn’t a major office market because of the lack of supply, which also means the vacancy rate for office buildings in the city is incredibly low.

“As we’re seeing El Segundo tighten up … the demand for office space in these coastal locations is just continuing to push south,” Stumm said.

Indeed, the South Bay office market has been heating up. Asking rates during the second quarter were $3.57 a square foot, up 42 cents in a year, according to data from Jones Lang LaSalle Inc. During the quarter there were 609,695 square feet under construction, more than in other hot markets like downtown.