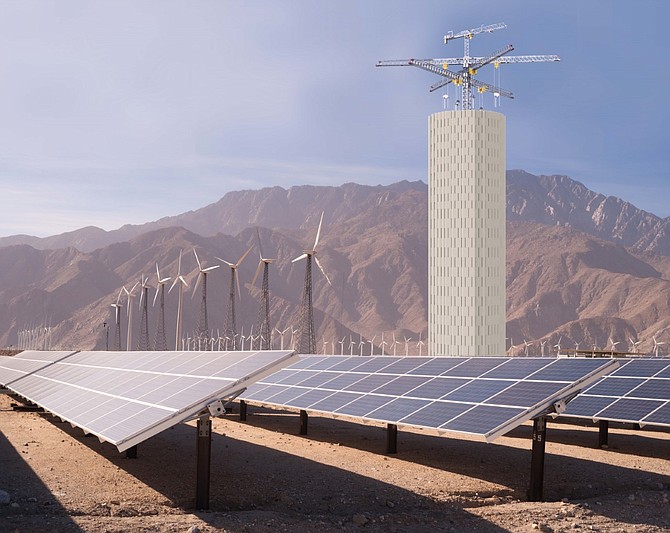 The Series B funding round finalized Aug. 14 and was SoftBank’s first investment in Energy Vault.

Piconi wouldn't disclose how much Energy Vault has raised to date or if it will seek new funding again.

“When we launched the company in November 2018, the market response was overwhelming uniformly across the globe,” Piconi added. “We had a demand coming from all over the world because we were able to deliver power below the cost of fossil fuel. With that global response, it became clear to me that we needed to think about scaling up the company and do multicontinent deployment.”

Energy Vault sells its product to various industries but targets manufacturers and factories that burn fossil fuels throughout the day. Other public utility outfits, such as water decontamination plants, also use the system. Piconi declined to name specific customers in California, but he said the state is a “strong critical market for us.”

Energy Vault was founded in 2017 by Bill Gross, founder of startup incubator Idealab, which helped start the firm. Now headquartered in Switzerland, Energy Vault still maintains an office at Idealab headquarters in Pasadena. Gross sits on Energy Vault's board.