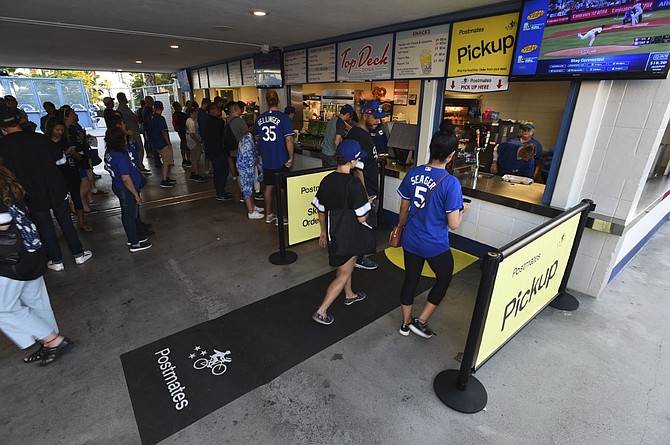 Fans line up to pick up concessions at Postmates' new locations at the LA Dodgers top deck.

The tech company's "Postmates Live" service will be linked to certain concession stands within Dodger Stadium to allow fans to place orders for food and refreshments and pick them up when they're ready.

The service will be available first to fans seated in the park's top deck. Other fans will be able to use the service beginning in 2020, with pickup locations stationed throughout the stadium.

“The L.A. Dodgers are an iconic part of L.A. culture and so is Postmates," Chief Executive Bastian Lehmann said in a statement.