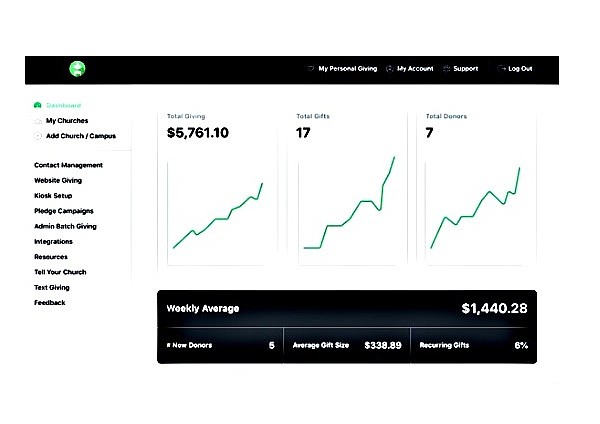 Carthay Circle-based YourGiving Inc., which develops a gifting platform for churches, raised $15 million in a private placement for its Tithely.ly business.

The company, which is valued at $129 million and has its Tithely.ly software in more than 10,000 churches with some congregations as large as 12,000, offers mobile apps, text-to-give and online giving solutions, plus software to manage worship services and other church activities.

“We offer custom apps that allow a church to integrate everything going on in the church, and connect with those in the church outside of Sundays,” Sweetman said.

YourGiving has raised more than $4.66 million since its founding, according to filings made with the U.S. Securities and Exchange Commission, and confirmed by Dean Sweetman.

Dean Sweetman said in the interview that the company is a remote company with roughly 70 employees who perform everything from sales and support work to engineering and marketing.

The revenue model is based on 30 cents per transaction and a 2.9 percent charge per donation. A free-of-charge app also is available, but doesn’t offer as many bells and whistles to monitor management activities within a church.