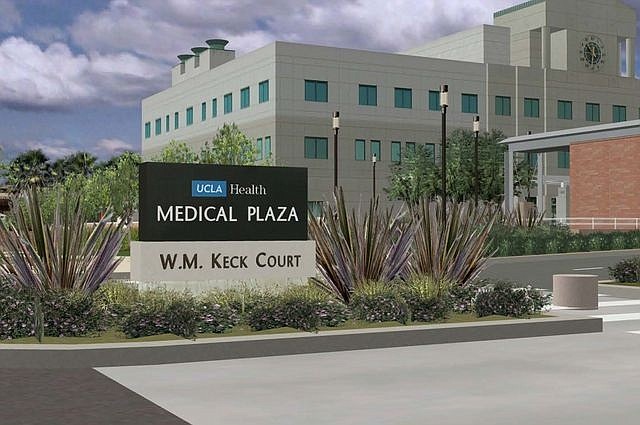 Rendering of the planned renovated of the W.M. Keck Court at UCLA Medical Plaza (photo courtesy of UCLA)

The gift will go toward upgrading the medical plaza, a major center for outpatient care. In recognition, the area outside its three main buildings will be renamed W.M. Keck Court.

The gift will also support research at UCLA’s David Geffen School of Medicine.

The W.M. Keck award brings its total contributions made to UCLA to $55 million, and to the University of California to more than $165 million.

The downtown foundation was founded in 1954 by William M. Keck, the founder of Superior Oil Co., to support scientific, engineering and biomedical research. His grandson Robert Day, chairman and chief executive since 1995, has personally given $22 million to UCLA.